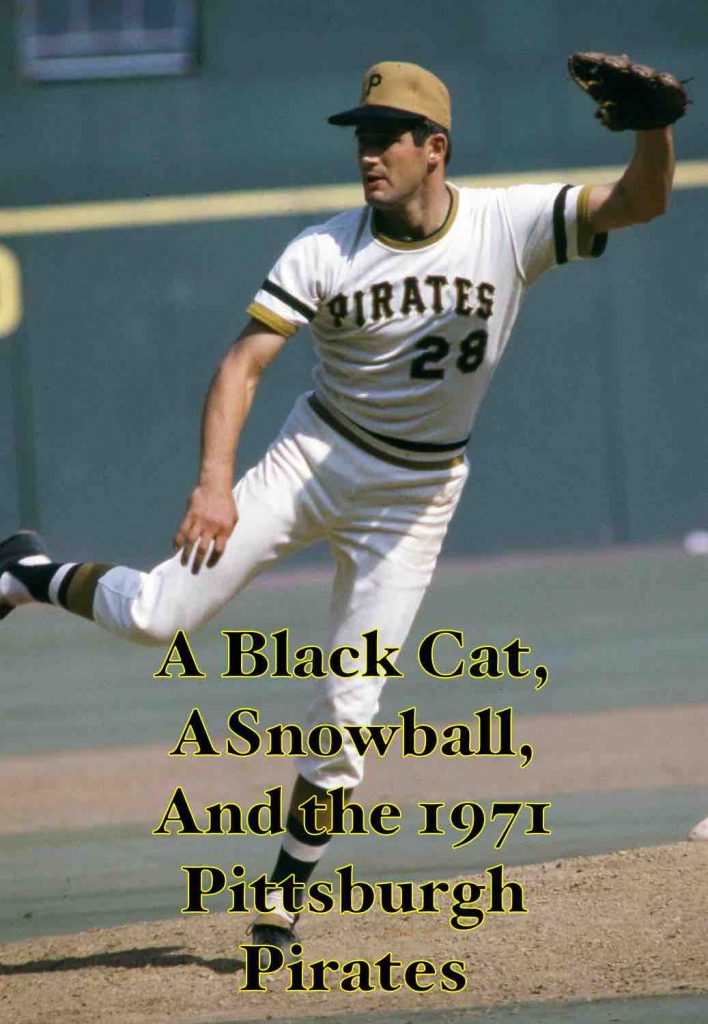 I returned home after a financially and spiritually profitable four hours of Uber driving. Roxy, as always, met me at the top of the stairs, with bright eyes and tail wagging.

After playing with the dog for a few minutes, I made my way to the kitchen to make my lunch. Today’s menu (like the lunch menu for most of my days): two ham, roast beef, hard salami sandwiches on lightly toasted sourdough bread, which included swiss cheese, mustard, mayo, and bread & butter pickle chips. The sandwiches were accompanied by cool ranch Doritos and a tall glass of water.

As I stood at the kitchen sink, contemplating how good the sandwiches would taste, I looked out the kitchen window. The backyard was covered in a relatively deep blanket of snow. Then I noticed something that was in stark contrast with the snow. It appeared just above the far edge of our lower patio deck. The object was black and unmistakable. It was the tail of an animal.

Eastern Iowa has an array of squirrels: brown, gray, even a few that have solid white tales. Of course, there are black ones, too. However, the tail I was looking at out of my kitchen window was too big to be a squirrel. The animal began to move, exposing the rest of its body.

Like Roxy, the cat could tell there was something alive underneath the deck, which is what drew its attention. Considering the significant amount of pellet-size droppings on the ground around the deck, and the numerous paw prints in the snow, I deduced that rabbits have turned the underside of my deck into a winter B&B.

The cat was an unwelcome guest.

(I hope you heard a rim shot after that last comment.)

While cats, feral or domesticated, are created by God, they are not welcome in my yard. The cat had to go.

I knocked on the kitchen window with my knuckle. This got the cat’s attention.

“Get outta here!” I yelled.

I opened the kitchen door, which leads to our upper patio deck. I then made a sound that can readily be described with words. The closest I can come to representing it is this: a cat, possessed by demons, hissing while having its tail pinched by the rocker of a rocking chair.

The cat ran toward the back corner of the yard. It pawed at the snow, trying to make a hole so it could slip into my neighbor’s yard. I figured my work here was done.

I went back into my house to continue making those fantastic sandwiches I previously mentioned.

And what to my wondering eyes should appear, but a black cat that apparently had no fear.

The cat, that darn cat, decided it was going to come back to try to flush out the tenants beneath our lower deck. Things just escalated to a whole…nutha…level.

I looked at the cat. The cat was walking in the snow. Snow can be formed into balls, of various sizes and various uses. One use of a good snowball is the childhood game of simulated combat. I smiled.

I slowly made my way out the kitchen door and back onto my upper patio deck. This time I didn’t want the cat to be startled.

As soon as the cat saw me, it quickened its stride, changed direction, and headed toward the corner of the house. If it got around the corner, the cat would be out of sight, in the wind, and with no lesson learned.

Not on my watch.

I quickly grabbed a handful of snow from off my patio deck, formed it into a ball, and took aim. 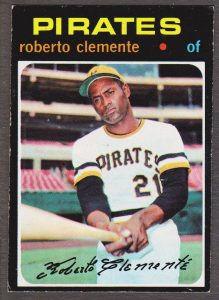 As a kid, I dreamed of being a pitcher for the Pittsburgh Pirates. In those days, Steve Blass, Dock Ellis, Bob Moose, and Luke Walker comprised the starting rotation. The team also had three future hall-of-famers on the roster: Bill Mazeroski, Willie Stargell, and Roberto Clemente (my all-time, favorite player). Back in those days, most players stayed with their teams for their entire careers. As a seven-year-old, I lived with the unrealistic hope that I would one day be on their team.

Baseball was life, and I was good at it–even at the tender age of seven. Some seven-year-olds slept with teddy bears. Me? I slept with my glove.

My best season as a pitcher was 1977. I was 13. I put together a record of 10-0, with more than 100 strikeouts in 70 innings, and two no-hitters. Some, especially my dad, thought I had a future. But by the time I was 15, due to over-pitching and probably poor mechanics, throwing the shot put on the track team, and lifting weights for football, my arm was dead.

Pitching for the Pirates would never be more than a dream. 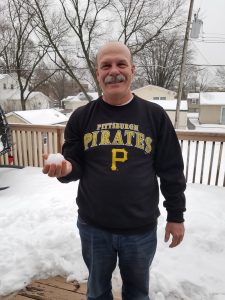 I let the snowball go. I watched it travel downrange. And, to my surprise, it found its mark. The snowball struck the cat in the right flank, which sent the cat running out of sight, without a sound.

And there I stood, alone on my deck, smiling. A 55-year-old man feeling like a seven-year-old kid.

The target (or the catcher’s mitt) was 50′ away. I was 10′ above the target. The target had a low profile and was moving. I threw a snowball, not a baseball.

Did I mention I hit the cat?

It was quite a pitch. And, for a moment, for just a moment, I was a starting pitcher for the 1971 Pittsburgh Pirates.

The moral of the story… Well, there isn’t one. The spiritual application…No, there’s not one of those, either.

It was just a moment when I felt like a kid, again.

Today I was blessed with the opportunity of preaching the chapel message at Unity Christian School, in Fulton, IL. The invitation came through the school's choir director, Paul Hopkins. My … END_OF_DOCUMENT_TOKEN_TO_BE_REPLACED