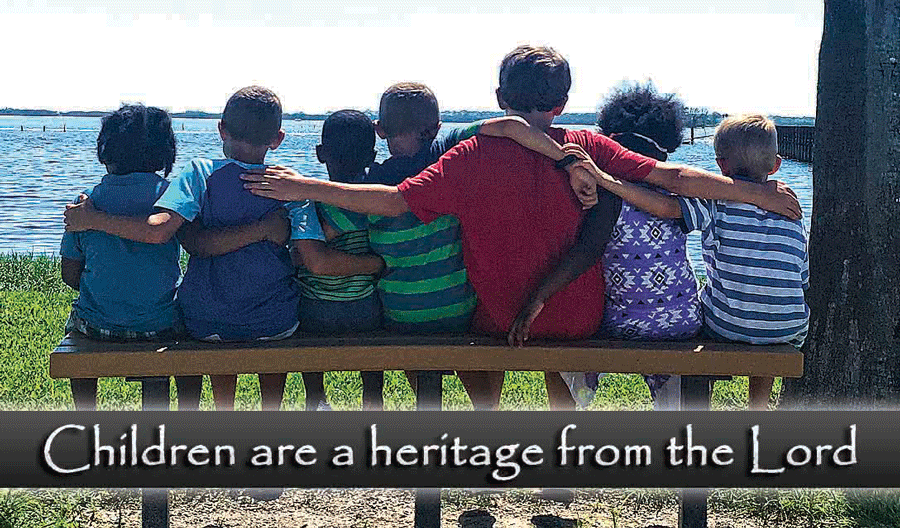 We have several LARGE families in our church. Some of our families include adopted children and not all of our adopted kids have the same melanin count in their skin, as their parents.

Our moms report that they often get odd looks and backhanded compliments when they are out with their children (i.e. grocery stores, etc).

America (not every American), as a society, HATES children.

More than 3,000 babies are murdered every day under the demonic banner of choice. Now, government-sponsored sexual grooming is taking place in public libraries and classrooms as sexual deviants are given access to kids under the auspices of “story times.” And a growing number of already socially-castrated males who are part of the most effeminate generation in history (millennials) are getting vasectomies to protest the overturn of Roe v. Wade.

Yes; America HATES children. Do we need any more evidence than that to declare America hates God and His wrath abides on this nation?

A couple of the moms in my church came to me a few years ago and asked me to write a gospel tract that they can give to people when they are out and about–people who give them strange looks or make positive or negative comments about their kids.

The Bible says this about children: “Behold, children are a heritage from the Lord, the fruit of the womb a reward” (Psalm 127:3). Indeed, children are a gift from God. At the same time, if you have children or if you were ever a child, you know that children are not perfect. Children don’t have to be taught to lie, disobey their parents, or mistreat other children. No mother has ever sat her child on her knee and taught her son or daughter how to throw a tantrum. Children naturally misbehave. They are born little sinners. And little sinners grow to be teenage and adult sinners. Why should this matter to you? The reason: one day you will die and stand before God. He will judge you according to His Law, which He has written on your heart. If you have ever lied, stolen, disobeyed your parents, taken God’s name in vain, or broken any of God’s commandments (sin), He will find you guilty. Because God is good, He must punish sin. The punishment He has determined for sin is an eternity in hell. Yet God, who is loving, merciful, gracious, and kind, has provided one way for you to be declared innocent and receive His forgiveness. Your only hope is for Jesus Christ, the Son of God, to save you from the wrath of God. God the Father sent His Son to earth in the person of Jesus Christ. He was and is fully God and fully man, yet without sin. He voluntarily shed his innocent blood and died on the cross, taking upon Himself the punishment you rightly deserve for your sins against God. Three days later, He forever defeated sin and death when He rose from the grave. What God requires of you is that you repent and believe the gospel, while He has given you time.

(NOTE: I don’t make a penny off these tracts.)

If Christian Nationalism succeeds (I don't believe it will succeed nor do I hope it will), then American Christians will be robbed of something many American evangelicals do everything they can to … END_OF_DOCUMENT_TOKEN_TO_BE_REPLACED