In the City of Iowa City vs Anthony Edward Miano (me), District Associate Judge Deborah Farmer Minot dismissed the “disorderly conduct” charge against me.

I am grateful to Judge Minot and I thank God for her wisdom, discernment, and, frankly, the common sense with which she articulated her ruling. I am hopeful that this ruling, as well as the federal ruling in my last case, which stemmed from a 2017 citation I also received outside an Iowa City abortuary, will pave the way for less intrusion and interference by Iowa City governing authorities in matters pertaining to free speech and the fight for the lives of unborn children. I also hope that these rulings might serve Christian evangelists and abolitionists in Iowa and other parts of the country.

I am very grateful to Kevin Snider, Brittany Green, and the team at Pacific Justice Institute. I thank God for PJI. Their service and representation in this matter have been invaluable. Once I retained PJI’s services, Kevin Snider was always available and accessible to me by phone or email. He patiently answered all of my questions and was ready with an encouraging word, without every inappropriately getting my hopes up. While PJI handles cases much more significant than mine, I never once felt my case was unimportant to them.

I thank God for His kind providence in this situation. While today’s ruling was a favorable one, God’s providence would have been just as kind had He allowed today to turn out differently. He is good. He is sovereign.

With that, here is Judge Minot’s ruling, in its entirety. 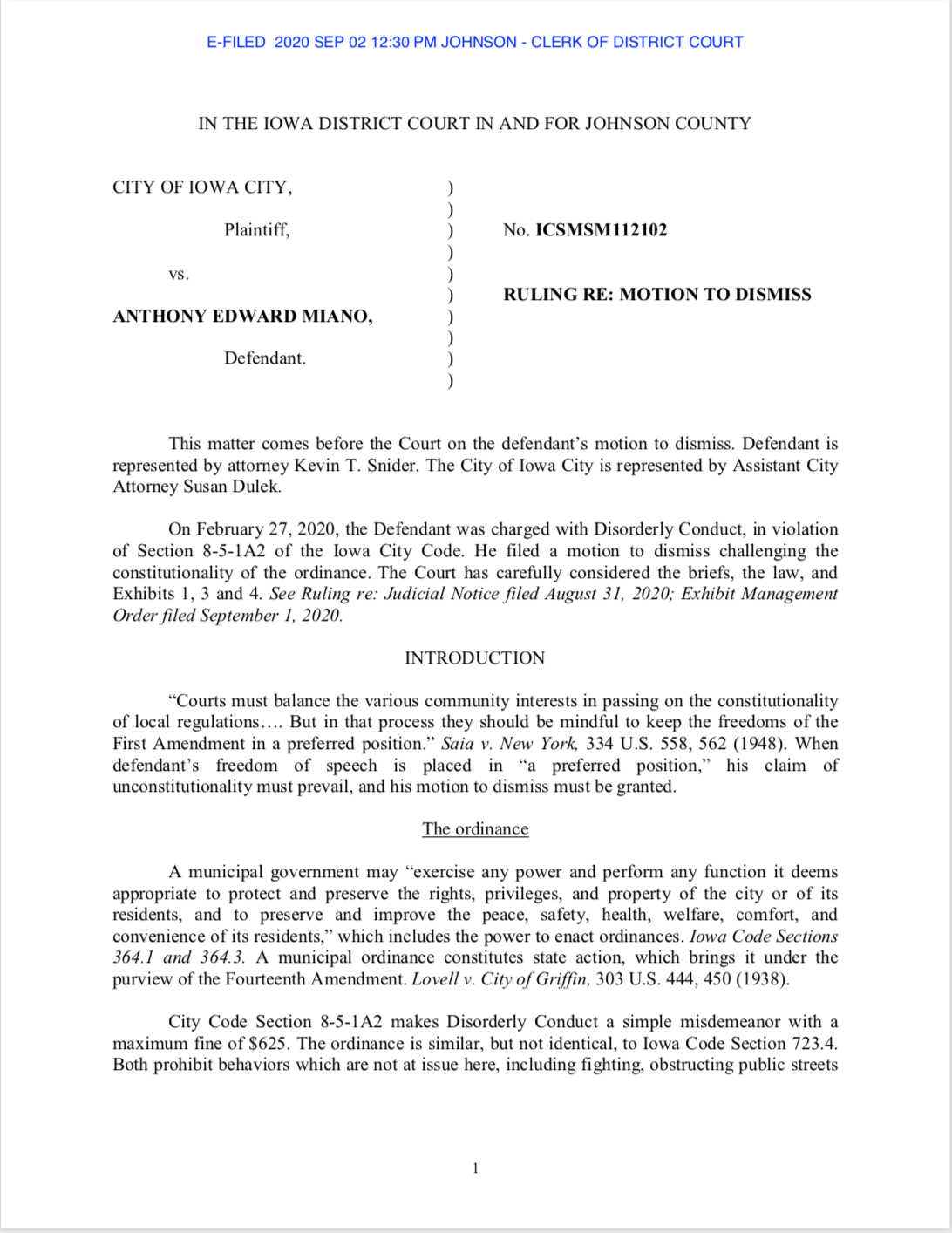 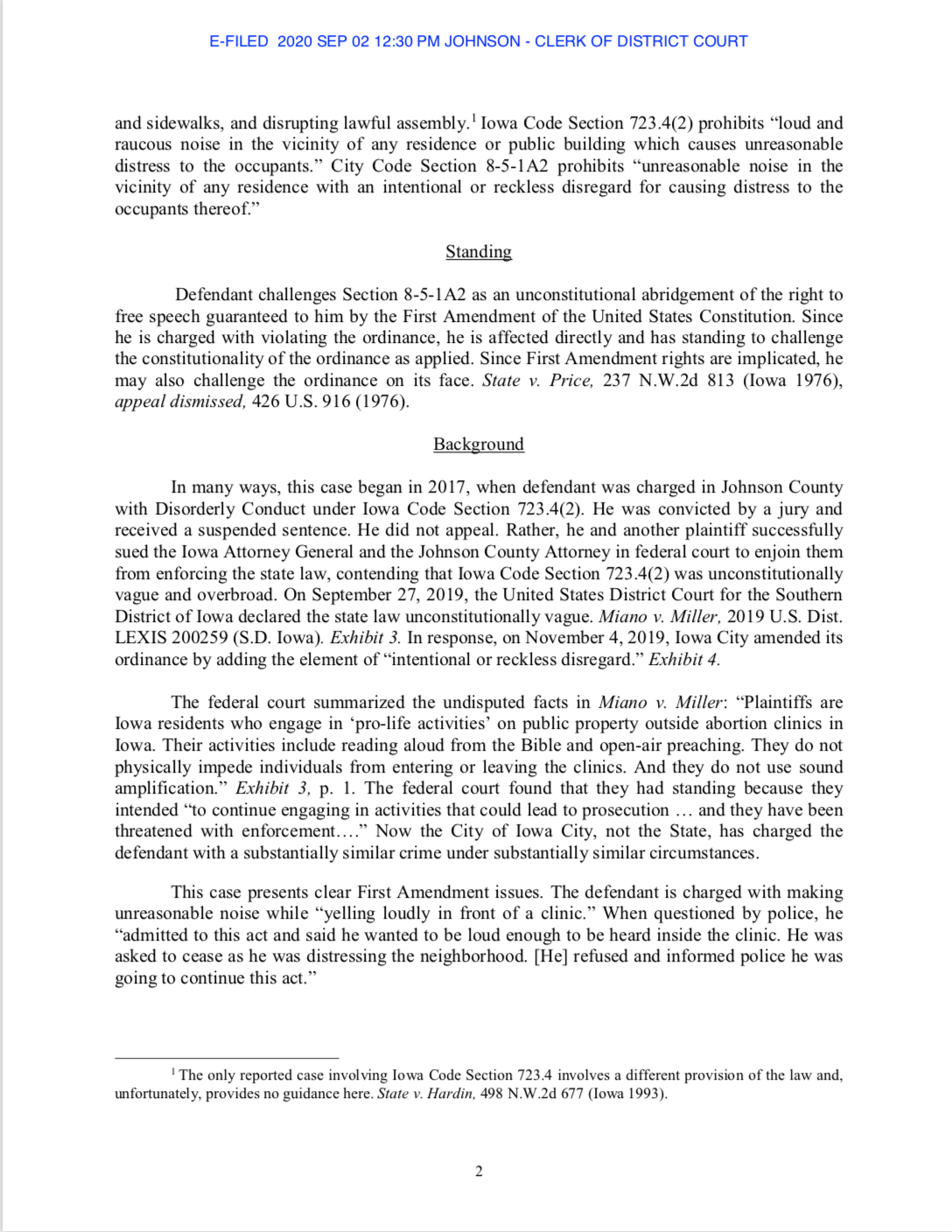 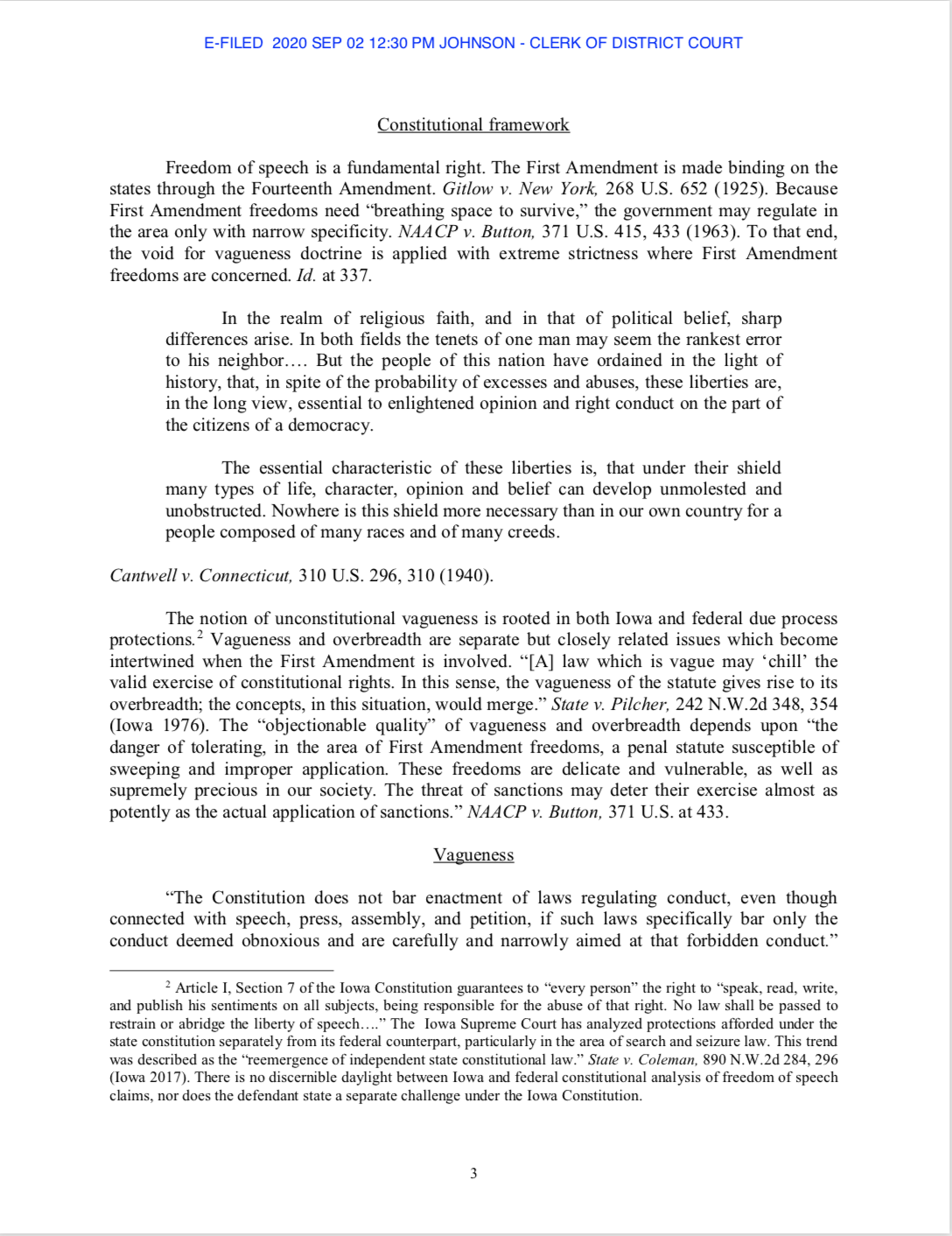 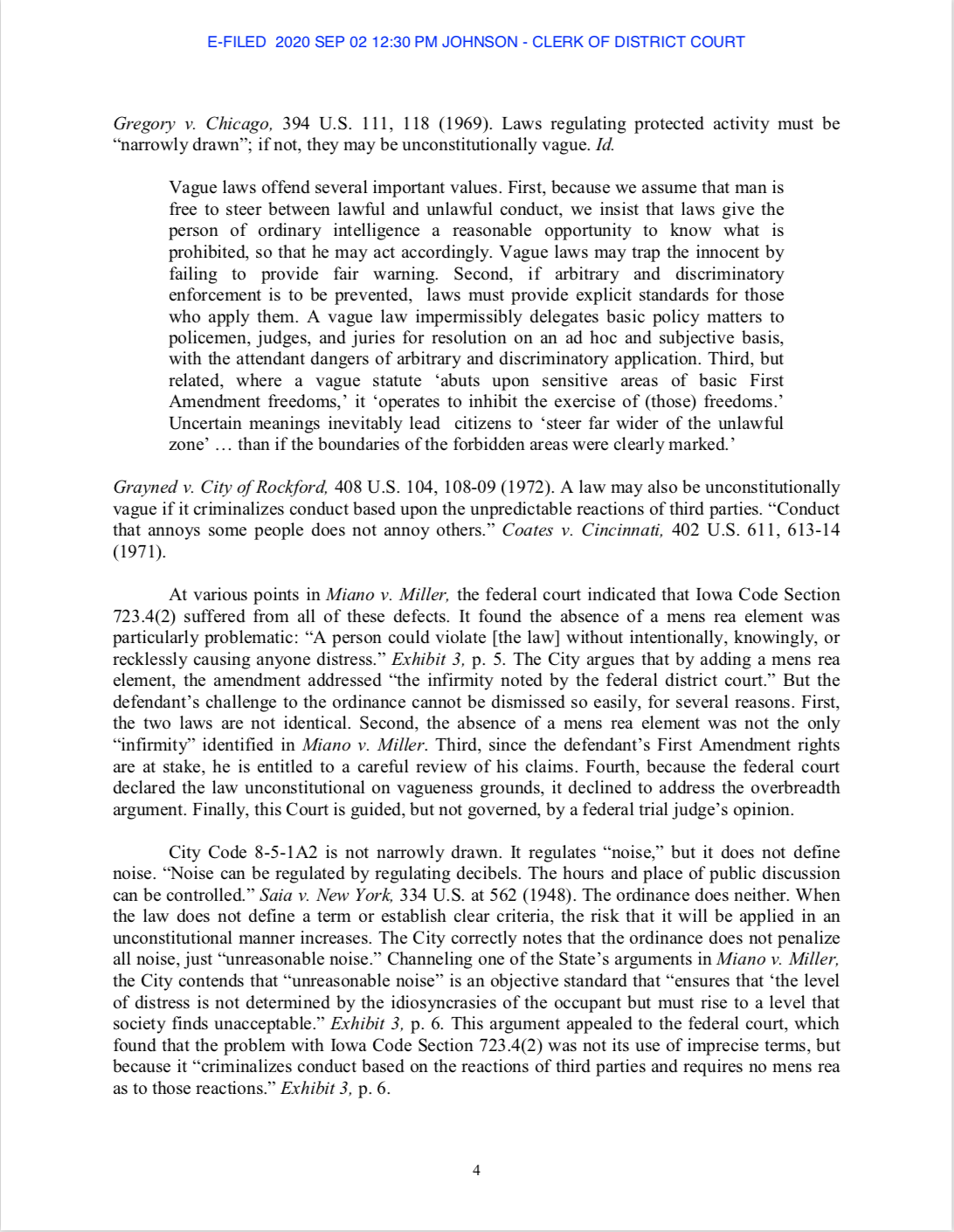 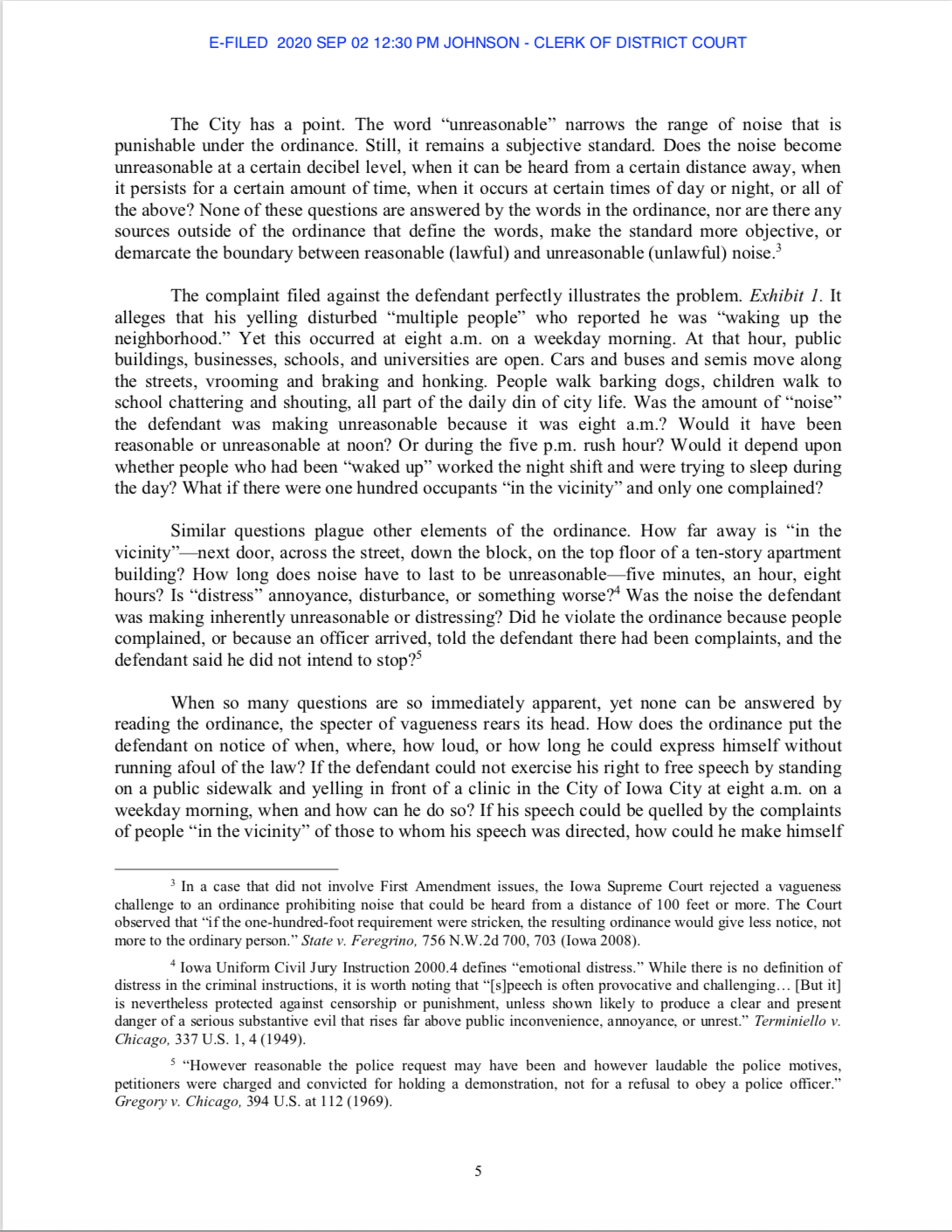 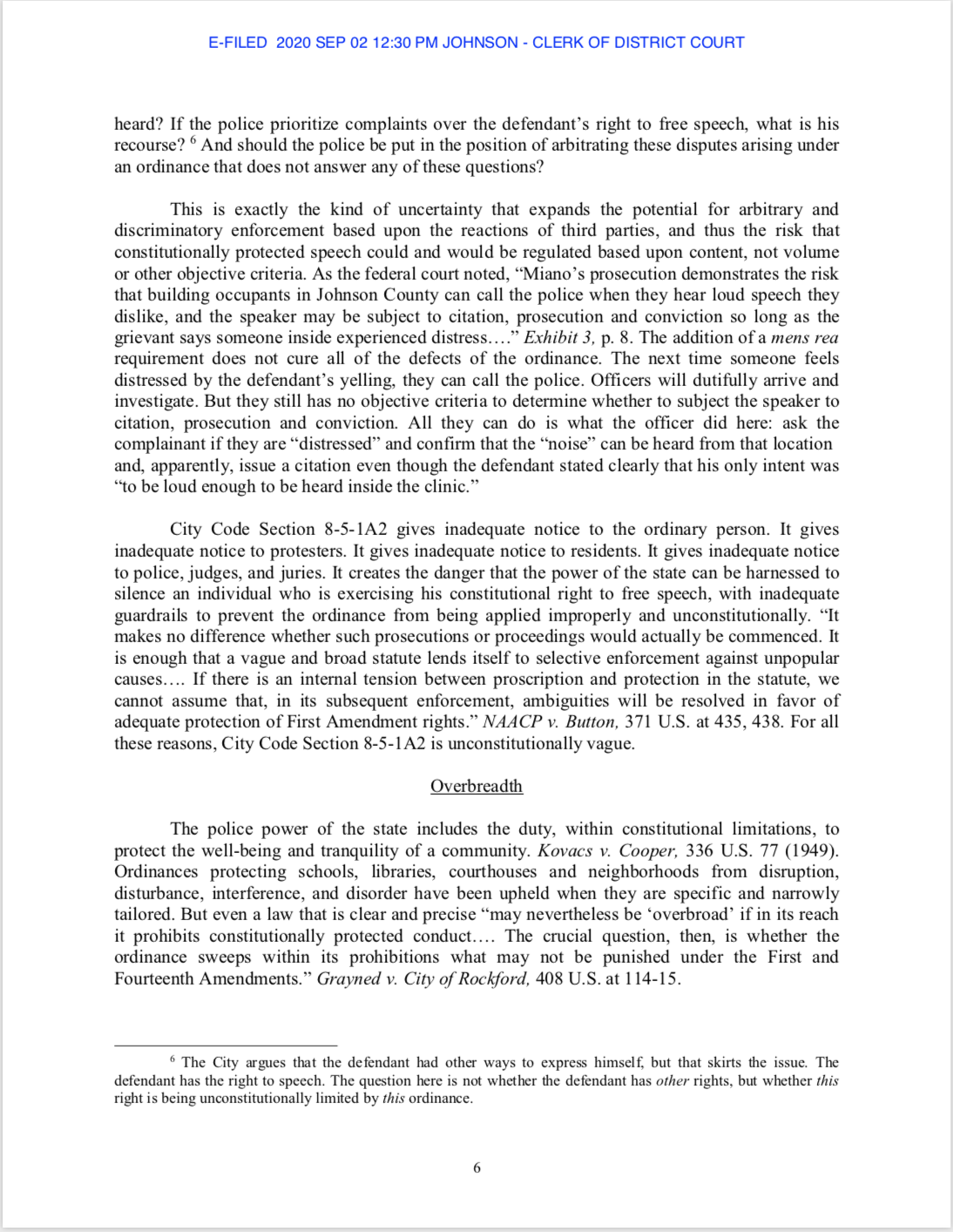 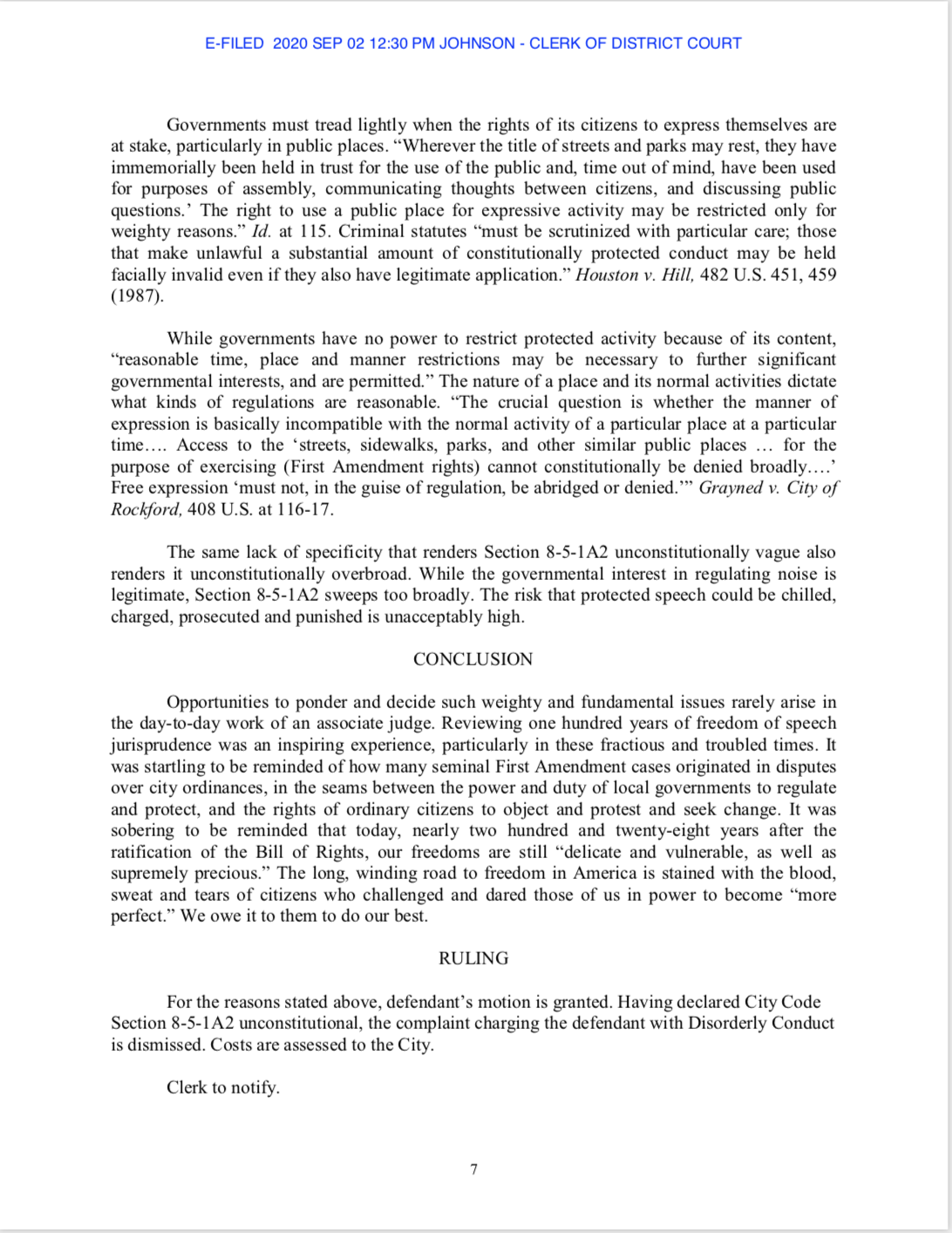 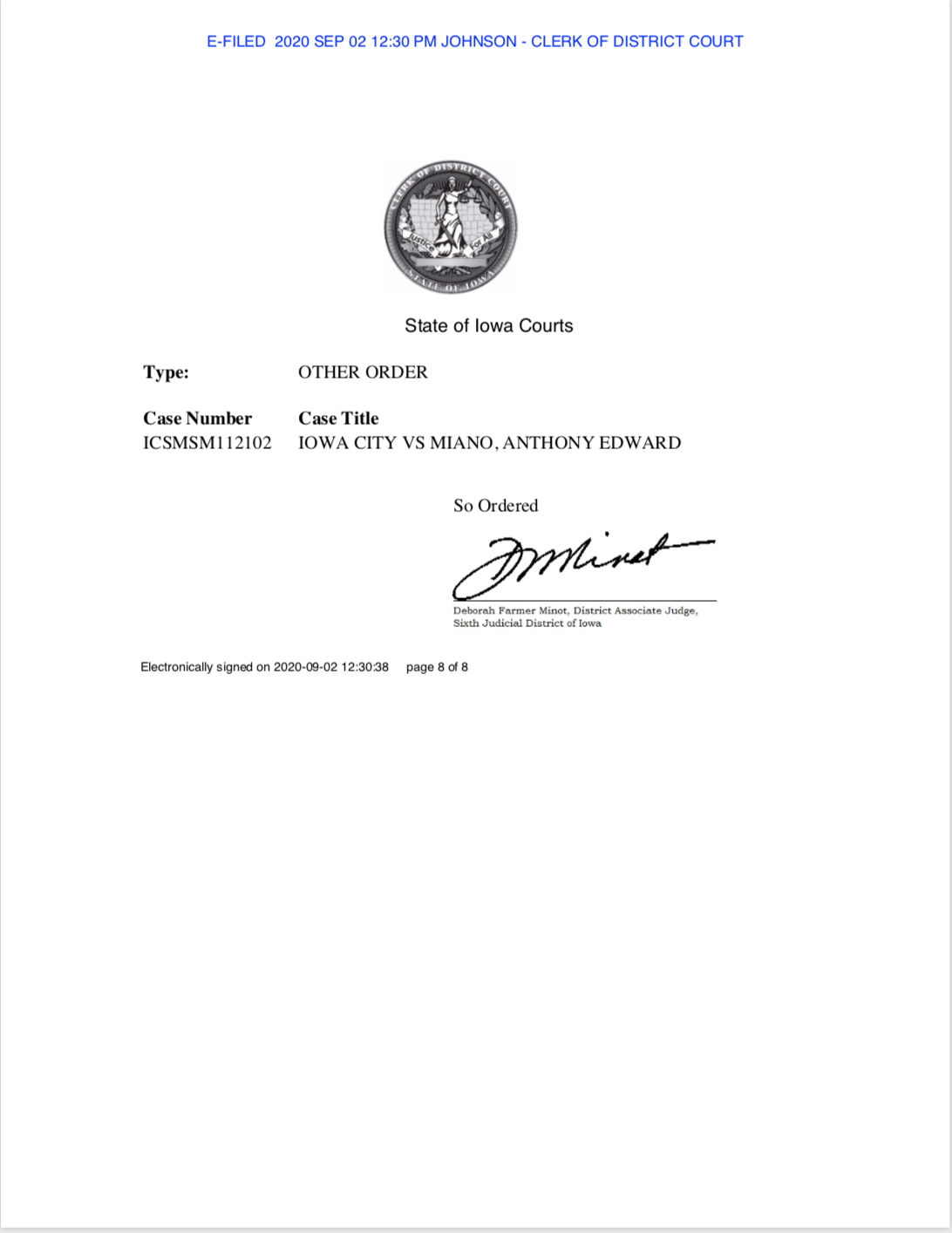 I met Bentley and his grandfather Steve while fishing at Pride Lake, in Scott County Park. This is the story of God's gracious providence. A three-Fold Purpose For me, there is a three-fold purpose … END_OF_DOCUMENT_TOKEN_TO_BE_REPLACED