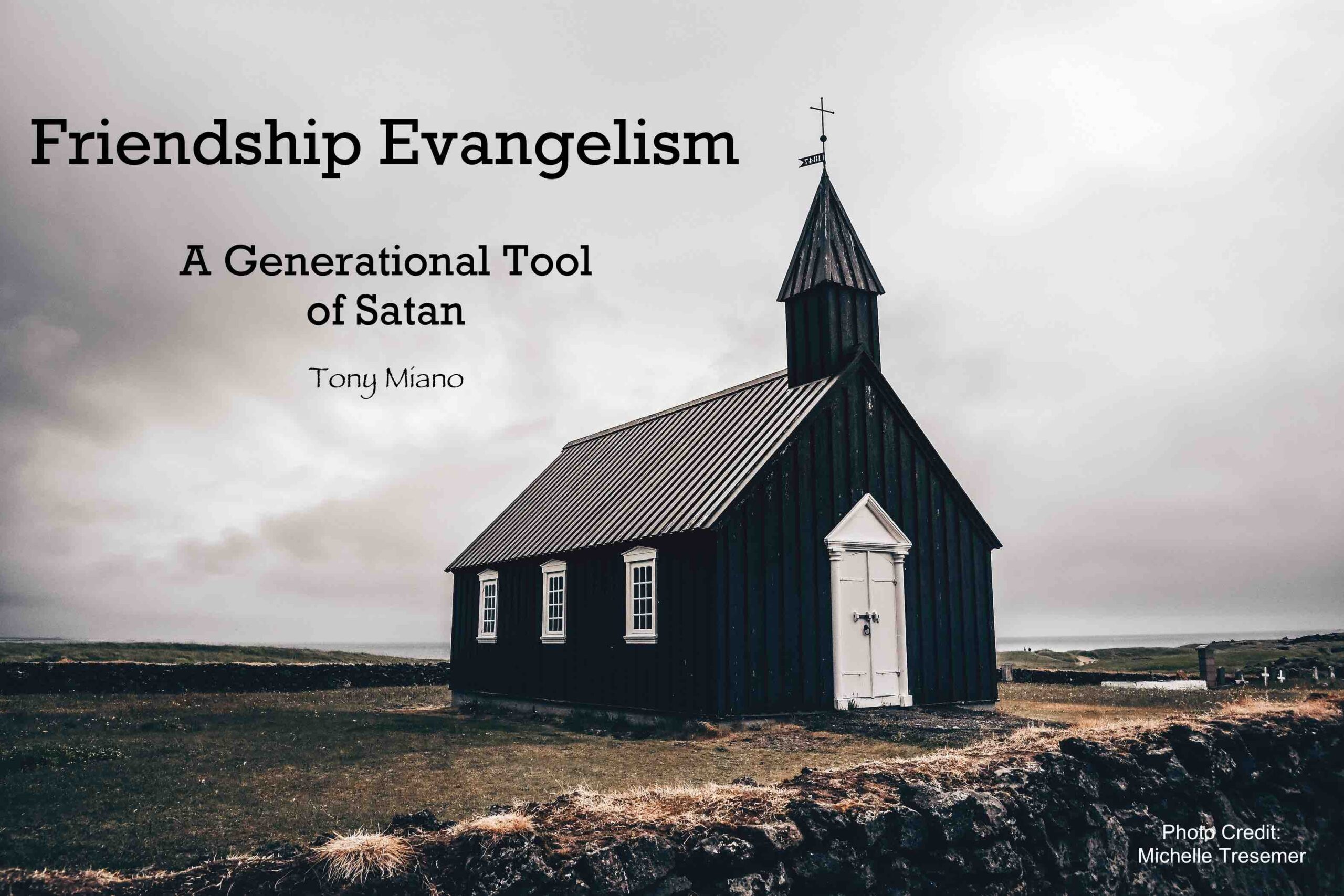 The following memes regarding “Friendship Evangelism” represent things I have believed and said for many years.

Friendship Evangelism and Why I Oppose It

These memes are not intended to be provocative for provocation’s sake. With the help of my pastors, my church family, and others who love me, I have worked hard to not be “that guy” anymore. I confess I’m still working on it. But, honestly, my intent runs much deeper than merely “stirring the pot.”

I believe “friendship evangelism,” as it is most commonly practiced, is a far worse epidemic within the Church than any virus and it is a direct assault (although, I’m sure, unintended by most practitioners) against the proclamation and furtherance of the gospel of Jesus Christ. I believe “friendship evangelism” has been a tool of the enemy for longer than I’ve been a Christian (33 years). It has been a generational tool of Satan.

Take for instance my experience on college and university campuses. Those who work hardest to undermine public, on-campus, evangelistic ministry are professing Christians who insist evangelism is living your Christian life (defined in many different ways and often not biblically) in front of unbelievers and establishing relationships with them. And the most frequently articulated fear of these students is that their unsaved friends might associate them with the public proclamation of the gospel taking place on their campus.

Professing Christians who are proponents of “friendship evangelism” often insist that open-air preaching and other forms of public evangelism (erroneously referred to as “cold evangelism”) is “unloving.”

Think about that. A Christian comes upon another Christian engaged in public evangelism and suggests such evangelism is unloving. They actually believe their work at establishing friendships, which may or may not ever lead to the proclamation of the gospel, is more loving than actually communicating the gospel to lost people.
What does that say?

It says that many Christians believe they are more loving than the gospel and that the gospel needs their help.

So, here are several memes on “Friendship Evangelism.” 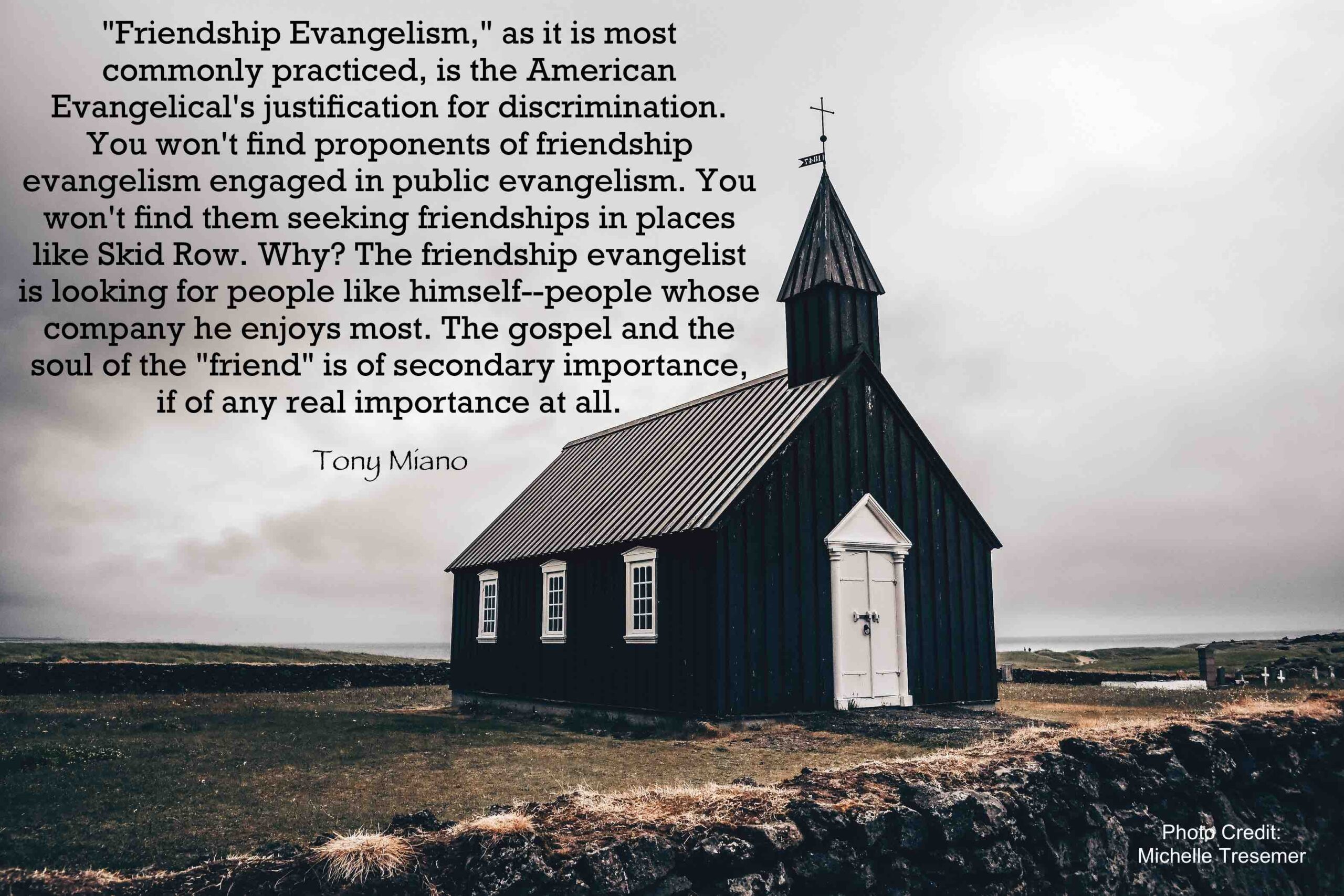 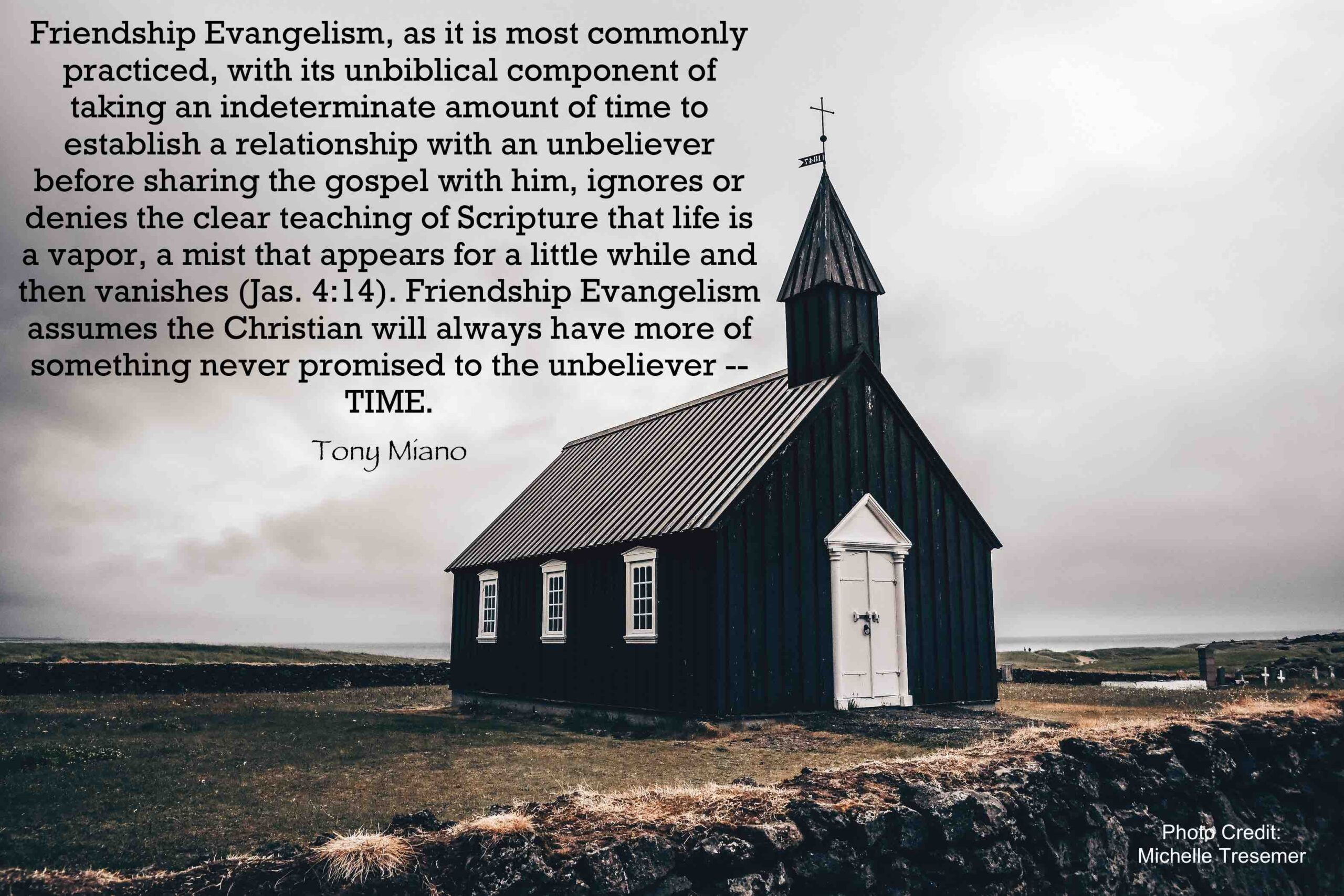 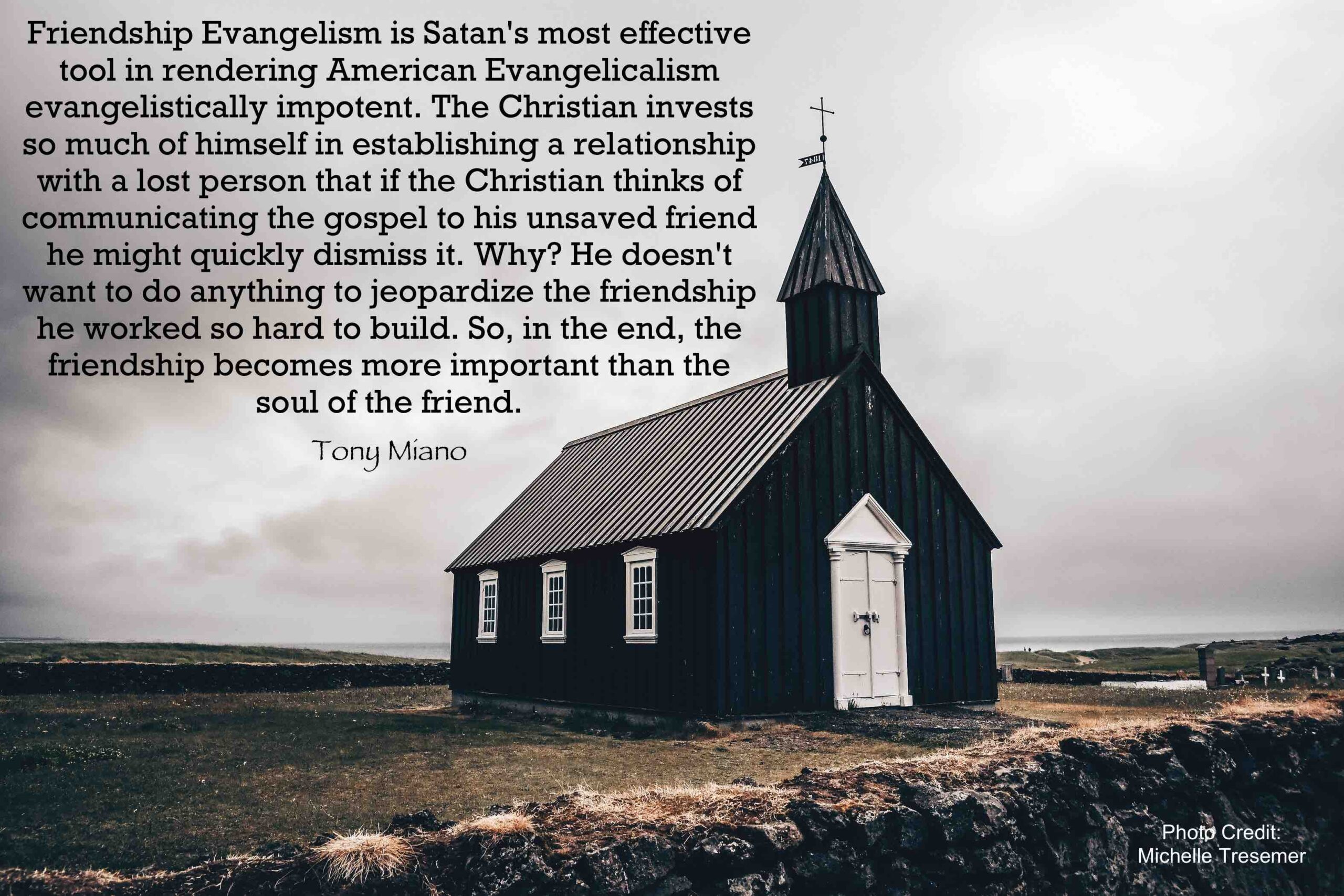 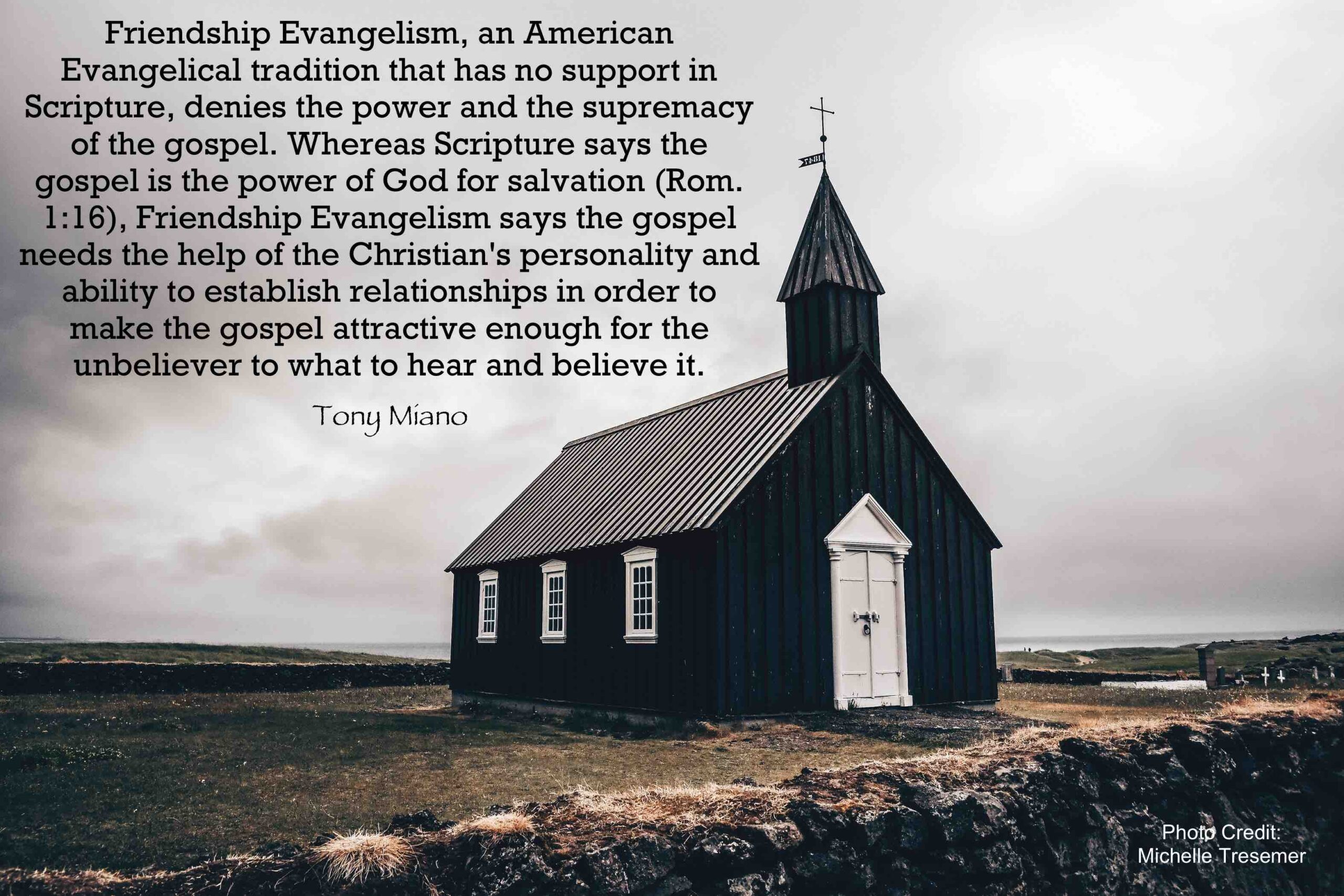 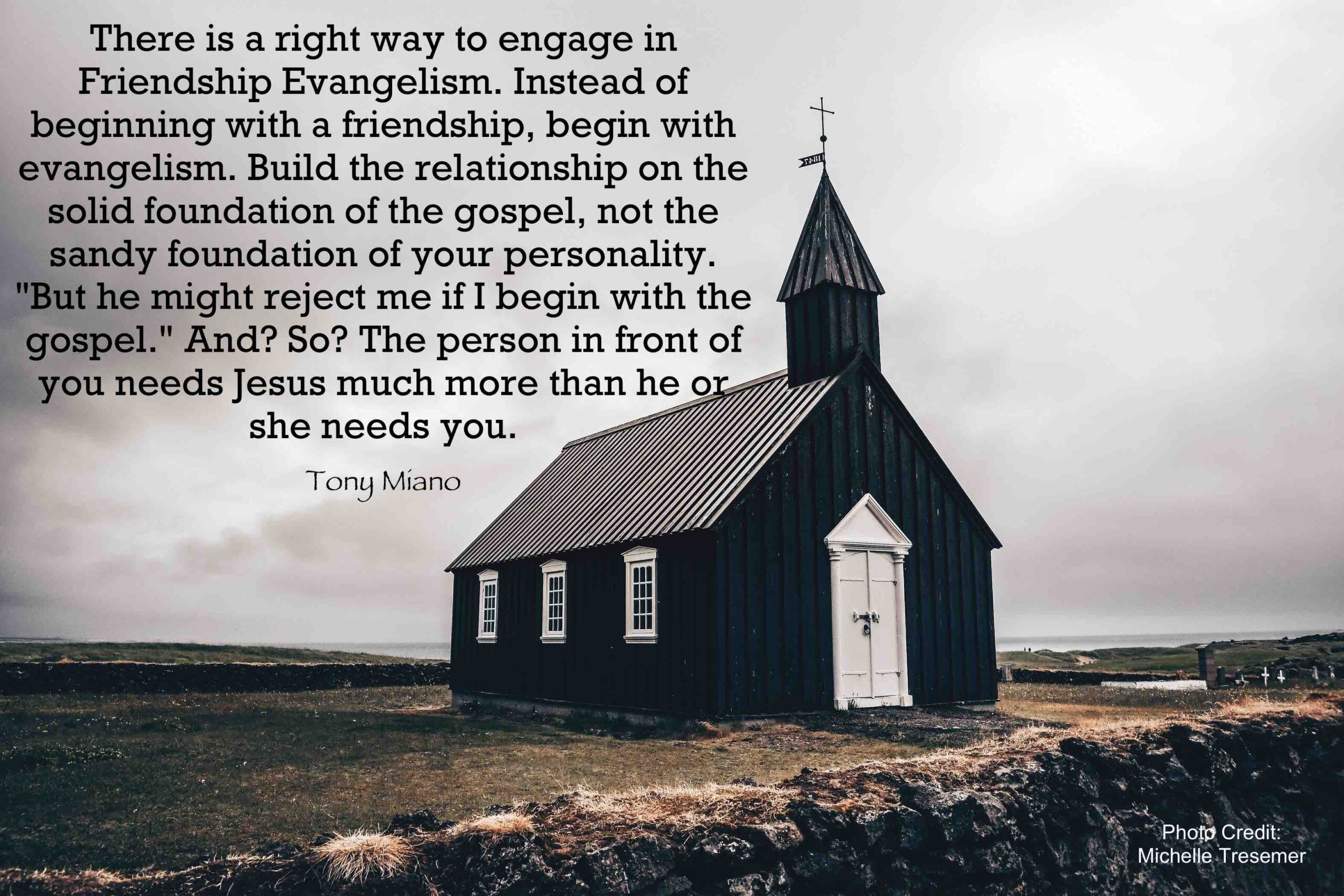 Evidence is very important in a courtroom, and I try never to rely on evidence when engaging in evangelistic apologetics. Bike Patrol In the Summer of 1998, I was assigned to the Career Offender … END_OF_DOCUMENT_TOKEN_TO_BE_REPLACED