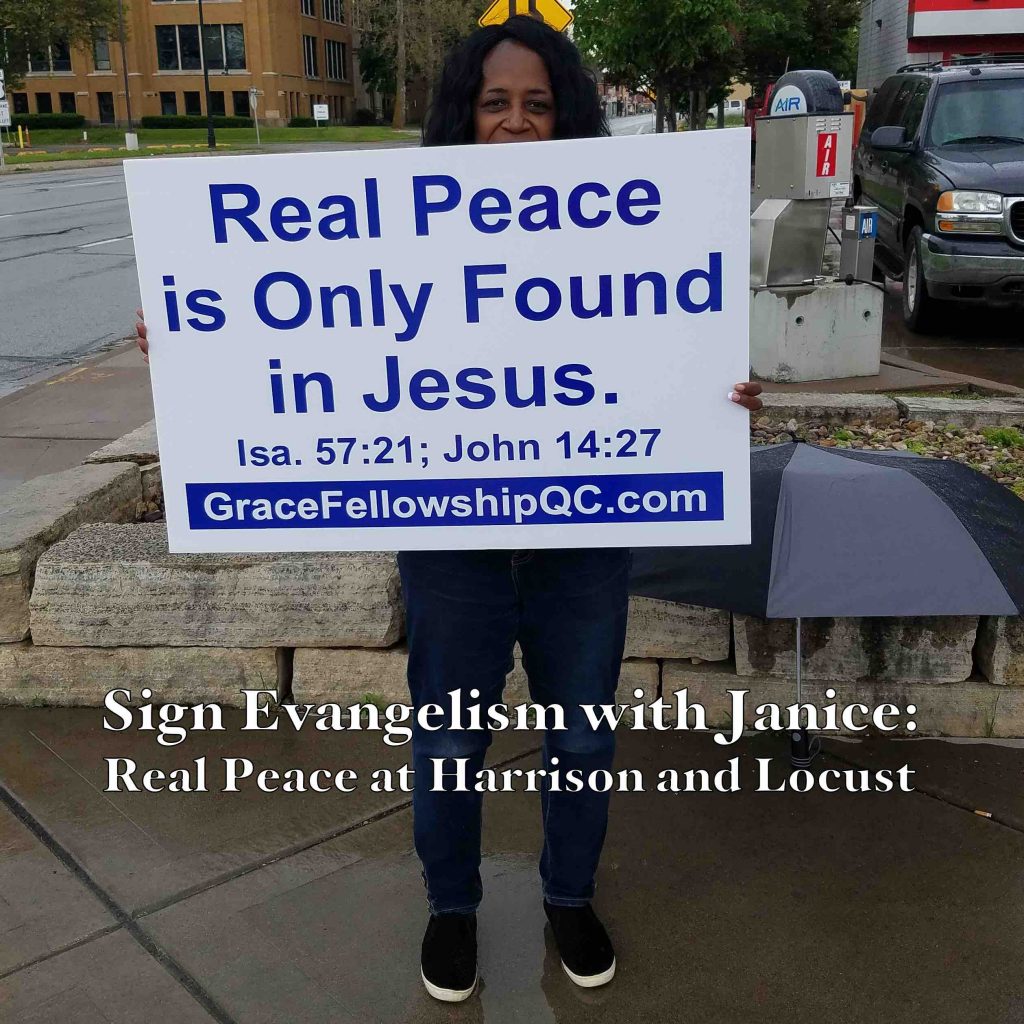 “And a harvest of righteousness is sown in peace by those who make peace” (James 3:18). Only those truly wise toward God know real and abiding peace.

The Morning After Rioting

Late Sunday night and early Monday morning, while most of my city slept, violence erupted. While small and relatively short-lived by comparison to other places in the United States, the riot in Davenport, Iowa, left a mark. There was property damage to several businesses. Four people were shot. Two were murdered. One of the wounded was a police officer.

Unfortunately and frustratingly, local media, like most media outlets around the country, referred to the rioting as “civil unrest.” Rioting is not civil unrest. It is criminal opportunism. As I mentioned in my last article: “Rioting isn’t about righting wrongs. It’s about the criminally-minded seizing an opportunity to act according to their nature, with a hypocritical, self-righteous flare.”

As the sun came up on Monday morning, I communicated to my pastors my evangelism plans for the morning. Pastor Mike decided to join me.

We began our time of ministry at the corner of Harrison and Locust. Pastor Mike stood on one corner with a gospel sign. I stood at my usual corner with my “Stop and Talk” cross. We were well-received by passing motorists. There was a lot more five-finger than one-finger waves. But that’s usually the case.

After an hour or so, Pastor Mike made the call for us to move to the Davenport Police Department. There we stood for about another hour holding “Law Enforcement Lives Matter” signs.” Several news outlets were present for a press conference inside the station. A few cameramen snapped photos of us. One reporter asked to interview Pastor Mike. He obliged.

After a while, Pastor Mike and I parted company. He headed off to shepherd others and I decided to head back to Harrison and Locust for more crosswalking and sign evangelism.

A Note on Her Refrigerator

Not long after I set up my signs and started crosswalking, I saw a woman jaywalk from the north side of Locust Street. At first, it looked like she, like so many others was taking a shortcut toward the gas station convenience store. But when she got halfway across the street she changed direction and started walking directly toward me.

Even though she was halfway across the street, I could see her very pleasant smile. A bit out of breath from running across the street to avoid being hit by a car, she introduced herself as Janice.

“I see you all the time out here,” Janice explained. “After the last time I saw you, I went home and put a note on my refrigerator: ‘Make signs and stand on the corner.'”

“Really?” I asked with no doubt a surprised tone of voice.

“Yes. And when I saw you today, I just had to stop,” Janice said.

Janice and I chatted for a couple of moments, each learning to which local church the other belonged.

I was taken aback. It’s not every day a complete stranger asks to join me in the work.

Janice chose to hold the same sign Pastor Mike had held just a couple of hours prior. And, without any instruction from me, proceeded to walk across the street and stand right where Pastor Mike had stood.

My heart was so full. I cried as I thanked the Lord for His gracious Providence that would include a stranger joining me for sign evangelism. What an encouragement! It also was not lost on me that His Providence was such that the two strangers He chose to partner in ministry, just hours after rioting struck our community, were a white man (and retired cop) and a black woman. What a blessing!

Just a few minutes before Janice assumed her post across the street the skies opened up, and the rain fell. It was more than a sprinkle and less than a deluge. The air temperature was warm enough to make the rain a welcome friend.

I looked at Janice across the street and thought, “Well, she should be running back over here any minute, now.”

She didn’t. She stood there in the rain, holding that sign and waving at passing cars, for the next 45 minutes.

A Beautiful Act of Kindness

I noticed a small red car pull into the parking lot near where Janice was standing. A man was behind the wheel.

Janice was not part of my team, which made her safety my responsibility. I watched the man carefully.

The man got out of his car, with a black object in his right hand. He made his way toward Janice.

I was about to cross the street to be closer to my new friend when the man unveiled the object in his hand. It was an umbrella.

The man slowly raised it over Janice’s head, covering her from the rain.

After a few minutes, the man handed Janice the umbrella and then walked back to his car. On his way to the car, the man looked in my direction when he heard me bellow, “Thank you!”

Before I arrived at the corner, I had determined to head home at noon. That time had come.

I called and waved to Janice, letting her know I was ready to leave. She was, too.

Janice told me that the man thanked her for being on the corner with the sign. When the man said goodbye, Janice tried to give him back the umbrella. He would not take it. We rejoiced at God’s kindness toward both of us, during our time together at Harrison and Locust.

I gave Janice one of my cards and a copy of “The Burglar,” with an open invitation to join me for sign evangelism whenever she sees me on the streets. We said our goodbyes and headed our separate ways.

The Only Place Peace is Found

Janice and I were at peace with each other, even though we had never met prior to that rainy, early afternoon. We treated each other like siblings who actually knew and loved each other, not because we ignored our obvious differences or pretended to be something we weren’t. The peace we shared was alien to the natures with which we were born, but characteristic of the new natures we were given when we were adopted by our Father in heaven.

Janice and I were at peace–at peace with each other, with the crazy world around us, and with the God who made us. Salvation by the grace of God alone, through faith alone, in Jesus Christ alone made that possible. Nothing else could accomplish it–certainly nothing the world has to offer.

I experienced real peace that day on the corner of Harrison and Locust while I engaged in sign evangelism with Janice.

I met Bentley and his grandfather Steve while fishing at Pride Lake, in Scott County Park. This is the story of God's gracious providence. A three-Fold Purpose For me, there is a three-fold purpose … END_OF_DOCUMENT_TOKEN_TO_BE_REPLACED