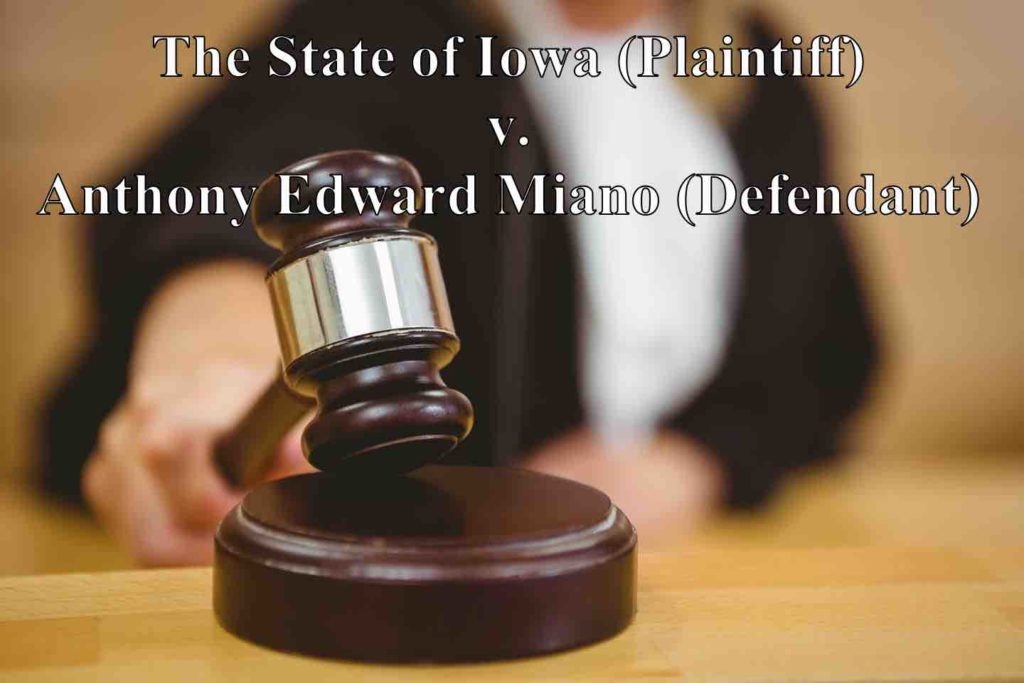 On Tuesday, January 9, 2018, I stood trial. I stood accused of Disorderly Conduct: Loud and Raucous Noise, causing distress to people inside a public building. This article will provide a snapshot of the trial, the verdict, and the sentencing.

The Parties and the People’s Burden

Prosecutor, representing the Johnson County and the State of Iowa: Assistant Johnson County Attorney, Andrea L. Jensen. Andrea was assisted by another prosecutor.

The state’s case rested upon the testimony of three witnesses:

The day began with paneling a jury of six people (five women and one man).

What the evidence actually showed:

No one to whom I allegedly caused distress was either identified or testified.

We were not allowed to make a defense on constitutional grounds, regarding freedom of speech.

The insistence of the prosecuting attorneys throughout the trial was that I was not on trial for whatI said, but rather for the way I said it.

As the defendant, I was not required to testify. I decided to testify because I wanted the people in the courtroom to hear the gospel.

The jury deliberated for about 30-45 minutes. They returned with a unanimous guilty verdict.

I requested immediate sentencing, and the judge obliged.

I was sentenced to:

During sentencing, the judge made his displeasure with me known. My attorneys well-argued that I said nothing offensive, abusive, or threatening while outside Planned Parenthood, but that I simply read the Bible. I testified that I wanted people inside Planned Parenthood to hear me–not to cause them distress, but rather to bring them hope and peace in Christ.

My reason for appealing my conviction is not merely to overturn my conviction, for my own benefit. I realize that while I am no one from nowhere, my conviction can and will likely be used against other Christians ministering outside of abortuaries, or anywhere on the streets for that matter. To the extent that I am able, I simply cannot and will not allow that to happen. I love the Bride of Christ. I cannot stand by and do nothing while others use my conviction to try to hurt my brothers and sisters in Christ.

Please pray that we are able to quickly find good attorneys to represent me in the appeal process.

Darrell Brooks has a fool for a client. Do you? Read on to learn why I make the assertion and ask you, the reader, the question. Lincoln's Famous Quote Prior to becoming the 16th President of the … END_OF_DOCUMENT_TOKEN_TO_BE_REPLACED