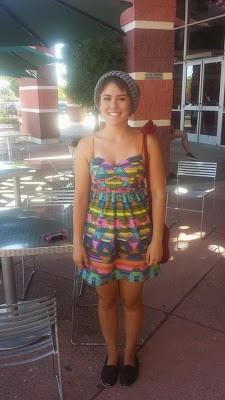 In order to pull this off, I needed a “fisherman” with a lot of experience–someone who knows the ropes. Enter my very good friend, Bart McCurdy. Bart and I have been friends or several years. When I joined the team at Living Waters to develop and lead the Ambassadors’ Academy, Bart was the first person I chose to serve as a team leader. During that time, Bart and I co-hosted Ambassadors’ Alliance Radio. We had a blast. Back in those days, Bart would hit the streets of Redding, CA, to find people to put on the phone, so I could share the gospel with them.

Yesterday, Bart ran into Cheyenee and her friends. Cheyenne (16) will be a junior during the coming school year. Cheyenne described herself as a “hippie” who used to be a Christian. She said she “got saved” when she was about 11-years-old. Feeling the loving peer pressure of her friends who brought her to church, Cheyenne prayed a prayer, asked Jesus into her heart, and was baptized. Sadly, like so many other young people in the world today, Cheyenne was misled (likely unintentionally) to believe that salvation is based on performing religious rituals instead of repenting of one’s sin and receiving Jesus Christ as Lord and Savior. She was led to believe that salvation is based on something she does for God, instead of something God does for people. At the tender age of 11, she was misled to believe that salvation is a synergistic effort between God and man instead of the monergistic effort of God alone.

Cheyenne was a false convert–a product of American Evangelicalism.

I spent almost an hour on the phone with Cheyenne. My policy, and therefore the policy of Cross Encounters Radio, is that “phone fishing” guests take priority over any other show segment. If a conversation with a “phone fishing” guest takes ten minutes, 20 minutes, or an hour, so be it. Sharing the gospel with the lost is priority one.

Cheyenne was a very respectful and pleasant young lady. Her photo certainly fits the sweet-sounding young lady I talked to on the phone. None of Cheyenne’s points of view were outlandish–meaning: her questions and objectives were not silly attempts to dodge important moments of the conversation. She was thoughtful in both her comments and her responses to things I said. I really enjoyed talking to her.

My heart went out to Cheyenne as I shared the gospel with her and pleaded with her to repent and receive Jesus Christ as her Lord and Savior. I couldn’t help but think of my three daughters as I talked to this young lady I may never see face-to-face.

I invite you, now, to be a fly on the wall as I engage Cheyenne in conversation. And please pray for her. Pray the Lord will do His most miraculous and gracious work: turning a heart of stone into a heart of flesh when He causes someone to be born-again.

I met Bentley and his grandfather Steve while fishing at Pride Lake, in Scott County Park. This is the story of God's gracious providence. A three-Fold Purpose For me, there is a three-fold purpose … END_OF_DOCUMENT_TOKEN_TO_BE_REPLACED