Latifah Phillips of Page CXVI also appeared on the show. Tifah explained about
the group’s efforts to modernize the church’s most beloved hymns.

You can listen to the podcast of the show here: Cross Encounters Radio

Cross Encounters News (CEN), a fast-paced, 30-minute program
during which Tony takes a look at a
current news item through the lens of the Christian worldview, is on hiatus
until Tony returns from the Wimbledon Outreach in London. CEN will be returning
in July at a new time. More details to come.

E-Tracts
This week Tony began a new video series called “E-Tracts.”
These videos, each of which will be in the 5-minute range, are designed to
present the law and gospel in a relatively short and succinct manner—much like
a gospel tract.
The first two videos in the series are: “i-Sin” and “Caught on Camera”
These are also available in Audio only at Pulpitand Streets 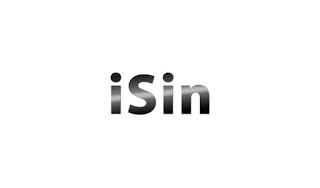 New Gospel Tract
Tony wrote a new gospel tract for One Million Tracts, which
is now available for purchase, titled “iSin”
All nine of the tracts Tony has written for One Million
Tracts are available under a special section of the store called “Tracts by Tony.”
“Should She Preach”
This week, Tony finished the first
draft of “Should She Preach? – Biblical Evangelism for Women.” The
draft is now in the hands of the Peer Review Team (18 men and 5 women).

One conversation with Kim resulted in another conversation with another Kim. Confused? Allow me to explain. Kim at the Corner of Harrison and Locust A little more than a week ago, I met a man named … END_OF_DOCUMENT_TOKEN_TO_BE_REPLACED