Bjorn Storm-johansen, Shane Sands, and I met today with Erik Rortveit. Erik is the regional leader of Normisjon for Rogaland (a county in Western Norway. It was during this very important (and to use the word “historic” would not be hyperbolic) that I believe the Lord brought me to a clear understanding why I am in Norway.

Most big cities in Norway have Normisjon church communities. Normisjon also conducts extensive operations in the chapel and fellowships. In total, Normisjon has 1250 adult communities 600 Acta layers, 270 parishes, and a cooperative relationship with the Norwegian Church.

Normisjon considers the Church of Norway (Lutheran) as its main partner. However, Normisjon is an independent Lutheran organization and is not under the authority or supervision of the Norwegian Church. Normisjon has a presence in 10 countries in South America, Africa and Asia. It also has about 30 missionaries who run the church buildings. Normisjon collaborates with a number of national churches

Indremisjon company was started on the basis of the evangelical revival and renewal movements in Norway in the 1800s. The story starts with the breakthrough of Christian lekmannsvirksomhet (street preachers) in Norway in the period after Hans Nielsen Hauge. Santalmisjonen was started by Lars Olsen Skrefsrud (1840-1910). Missionary work began among the Skrefsrud santalfolket in the northeastern part of India. Skrefsrud was appointed as chief of the tribe and gave them including their own written language. He was honored by the British and Norwegian governments for his work as a missionary. Eventually Santalmisjonens work extended to several countries in Asia, South America and Africa.

Like many denominations and independent churches in the United States, Normisjon is facing the growing negative influences of Rick Warren, Bill Hybels, Bill Johnson (Bethel Church Redding, CA), Joel Osteen, and a host of prosperity teachers. The ministries of entrepreneurs, self-help gurus, “signs and wonders” charlatans, and snake oil salesmen (known of whom teach or promote the biblical gospel). Churches and fellowships are adapting the unbiblical practices and beliefs of the before-mentioned teachers and movements.

In addition, Normisjon finds itself battling dead orthodoxy, a high false conversion rate, women serving as pastors and elders, a departure from the biblical gospel, and a general malaise regarding the preaching, teaching, and reading of the Word of God among members of the organization.

The more time I spend in Norway, the more clarity I have regarding the purpose of my mission. Yes, my mission is to preach the gospel to the lost people of Norway. But it has become evident to me that the primary group of lost people I am to try to reach are the lost people within the Norwegian Christian community.

Accomplishing this mission has necessitated more preaching in the church than on the streets. It has necessitated coming alongside leaders within Normisjon and other Norwegian Lutheran organizations to encourage and equip them, through the teaching of God’s Word, to fight for the return of the centrality of Christ in worship, and the preaching of God’s Word and His gospel from the pulpits.

The Lord has produced much fruit, even in the short time I have been here, for His glory. Eyes and ears are being opened by the Holy Spirit, allowing significant leaders (including Erik), to come to terms with the reality that Normisjon is in need of Christ-centered, Christ-exalting reformation.

The purpose of today’s meeting with Erik Rortveit was further discuss the issues plaguing Normisjon and what should be the first steps in beginning what is sure to be a long, painful, but Christ-glorifying reformation process. Well, at least I thought that was the purpose of the meeting.

THE SALVATION OF SOULS

Last night, a couple who attended the meeting at the Vigrestad Misjonhus came to me after my sermon and each asked, “How can I know that I am saved?” With the help of Grete Storm (Bjorn’s wife) and her ability to translate, we explained more thoroughly the gospel. We watched as their countenance changed from tears and worry to joy and a desire to reach the lost with the gospel. As far as any fallible human can tell, I believed the Lord saved this couple last night.

As I talked to the couple, I noticed a teenage boy sitting alone in a seat in the front row. I assumed he was the couple’s son. As I said good-bye to the couple, I asked them if the boy was their son. They said, “no.” I turned to the boy and asked if he was waiting to talk to me. He timidly nodded his head. His name was Tollak.

I sat down next to Tollak, rested my arm on the top of the back of his chair, and asked him what he would like to talk about.

Tollak’s head slowly tilted forward until his chin almost rested on his chest. Quietly he said, “I  don’t read the Bible like I should. I would rather play games or hang out with my friends.”

He started to cry. Tollak is 15. He professed to be a follower of Jesus Christ.. He wanted to confess his sin to me, and he wanted me to pray for him.

When I finished praying, I thanked Tollak for waiting to talk to me and for allowing me to pray for him. He quickly turned toward me and through his arms around me, like a son deeply thankful for his dad. I held Tollak for what seemed like several moments. It was hard to hold back tears of my own.

I hope to see Tollak at the Bible study tomorrow night, in the home of Bjorn and Grete Storm.

Erik Rortveit came to meeting with his 18-year-old son, Knut. Knut sat quietly listening as Bjorn, Shane, and I talked about the important matters pertaining to the life and health of Normisjon. After more than an hour’s time, when it seemed like there was a lull in the conversation, Knut raised his hand and asked, “May I ask a question?”

Knut began by saying he did not feel like God was close to him. He spoke about his efforts to draw closer to God, which resulted in only frustration and disillusionment.

“Knut, it seems to me that you are striving to be accepted by God — that you are trying to do whatever you can to earn his love. You never will. You can’t.”

I went on to share the gospel with him, applying my “mowing the lawn” analogy to explain to him that no one can work for their adoption as a son by God. Since Knut grew up in the Norwegian state version of Lutheranism, I used the “parachute” analogy to help him understand the difference between  meaningless religious practices and true faith.

As I explained the cross and the propitiation of Christ, Knut asked, “Why? Why would God have to do it that way? Why can’t he just forgive us?” With that, I spent time explaining to him the Great Exchange.

Knut’s eyes brightened. It was obvious he was beginning to understand not only the facts of the cross, but the loving sacrifice of Jesus on the cross.

During my conversation with Knut I would, from time to time, glance at his father, Erik. He was praying. He was praying for the salvation of his son.

Knut said he believed what I was telling him and that there was no reason why he wouldn’t repent and believe the gospel.

The four of us (Bjorn, Shane, Erik, and I) prayed for Knut. I prayed the Lord would cause him to be born again (1 Peter 1:3) and extend to him the precious gifts of repentance, faith, and trust in the Lord Jesus Christ. We then enjoyed a wonderful lunch and a time of fellowship.

Like many Lutherans around the world, Norwegian Lutheran’s ascribe to infant baptism. Some go as far as to believe baptism is required for salvation.

Another young Norwegian whom I’ve come to love as a son in the faith is Geir Venz. Geir is 24-years-old, married to his lovely wife Sandra, and just heard his first child’s heartbeat for the first time.

Geir, having also grown up in the church, came to genuine faith in Jesus Christ only eight months ago. Like all Norwegian Lutherans, Geir was baptized as an infant. Geir’s study of the Word of God has brought him to the realization that he must be baptized as a believer, as a public proclamation of his faith in Jesus Christ. And he has given me the honor of baptizing him.

I will baptize Geir on Saturday, the day before I leave Norway. 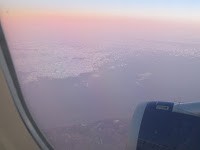 I am hoping Bjorn and Geir find an indoor pool. Right now, they are threatening/encouraging me to baptize Geir in the North Sea. Need I mention it is January in Norway and not July in Southern California? When I asked Geir if he really wanted to be baptized in the North Sea, he smiled at me and said three words: “I’m a Viking!”

NORWAY IS IN MY HEART

While I still have a few more days left on this mission trip, there is forever a special place in my heart for Norway, the Body of Christ in Norway, and the lost souls of Norway. I have to wonder if this the way missionaries feel when the Lord places a people group in their hearts.

I have already been asked to return to Norway in October of 2013 and in January of 2014.

Thank you to all of you who are praying for me and those with whom I am serving in Norway.

What an honor to watch the Lord work for the furtherance of His gospel and for His glory.