There is a well-known idiom that says, “Imitation in the sincerest form of flattery.” So, giving credit where credit is due, I’m going to try to follow in the footsteps of prolific Christian blogger, Tim Challies. Each day Tim shares a post titled “A La Carte,” in which he provides links to books, articles, videos, and other interesting online tidbits. Well, while I am no Tim Challies, I’m going to try to follow his lead and imitate his “A La Carte” posts with my own daily posts titled “Soup Du Jour” (“Soup of the Day”).

Who has their finger on the trigger? – The Air Force recently stripped 17 officers of their qualification to launch intercontinental ballistic missiles. “‘We are, in fact, in a crisis right now,’ the commander, Lt. Col. Jay Folds, wrote in an internal email obtained by The Associated Press and confirmed by the Air Force.”

They make millions of dollars, but they are still “boys of summer.” – Toronto Blue Jays starting pitcher J.A. Happ was hit in the head by a line drive during Tuesday night’s game against the Tampa Bay Rays.

A biblical answer to “Christian” Mysticism. – Tim Challies has written a good article regarding the importance of Sola Scriptura and Sola Fide in discerning the mysticism that has infiltrated American Evangelicalism.

Fast runner, slow learner. – NFL “free” agent arrested twice in 15 hours. When I worked the streets as a deputy sheriff, I always referred to people like this as “job security.”

Pic of the Day – This is a photo taken by missionary, evangelist, and open-air preacher Christopher Sippley. Sippley is the Canada representative for JeremiahCry Ministries. The photo is of Sippley’s son. Some have titled the photo “Biblical Boyhood.” That title work for me. 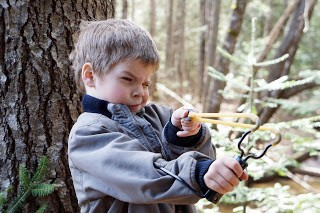 Today I was blessed with the opportunity of preaching the chapel message at Unity Christian School, in Fulton, IL. The invitation came through the school's choir director, Paul Hopkins. My … END_OF_DOCUMENT_TOKEN_TO_BE_REPLACED