Tony Miano is a retired, twenty-year veteran of the Los Angeles County Sheriff’s Department (1987-2007). During his time in law enforcement, Tony served as a gang investigator, field training officer, drug recognition expert, and a DUI enforcement specialist. Tony’s law enforcement experience includes three days of chaos, during the 1992 Los Angeles riots, as well as being on duty only a few miles away from the epicenter when the 1994 Northridge Earthquake devastated the greater Los Angeles area. During his career, Tony received more than 60 commendations and citations for meritorious service, arrests, criminal investigations, critical decision-making, and community service. 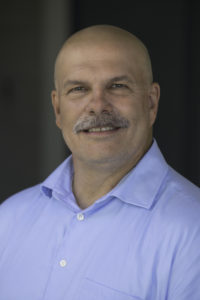 In 1993, Tony was named “Deputy of the Year” for the City of Santa Clarita (CA). Tony was also a recipient of the Mothers Against Drunk Drivers “Centurion Award,” for apprehending more than 100 drunk drivers in a 12-month period.Tony served as a chaplain for the Los Angeles County Sheriff’s Department from 2000 to 2008. From 2002 to 2008, he served as the founder and director of Ten-Four Ministries, whose mission is to bring practical and spiritual support to the law enforcement community. He currently serves as an advisor to the ministry.

From 2008 to mid-2012, Tony served as Living Waters’ Director of the Ambassadors’Alliance, as well as the Director of Conferences and Special Projects. Tony’s service with Living Waters included the supervision of 20 Ambassador’s Academies (the ministry’s 3 1/2-day evangelism training program), conferences, State Representative system, and large-scale evangelism projects.  Tony also wrote and co-hosted almost 400 episodes of Living Waters’ live, web-based program, “On the Box, with Ray Comfort.”

Tony has authored the books Take Up The Shield (Genesis Publishing Group, 2005), Should She Preach? – Biblical Evangelism for Women (One Million Tracts, 2013), and Cross Encounters–A Decade of Gospel Conversations (Solid Ground Christian Books, 2016).

Tony is a prolific writer, having maintained several personal blogs, as well as writing for several other ministry blogs, websites, and newsletters.

Tony has preached in many churches across the United States, Canada, England, Norway, Scotland, and Kenya.  He has served as the keynote speaker at several different conferences.  He is committed to expository preaching.  He frequently addresses topics such as biblical evangelism, spiritual growth and personal holiness, as well as the person and work of Jesus Christ.

Presently, Tony is serving the Lord as an itinerant preacher and open-air evangelist.

Tony and his wife, Mahria, were married in 1985.  Together they have three grown daughters (Michelle, Marissa, and Amanda).  The Miano Family lives in Davenport, IA.

Tony is a member of Grace Fellowship Church (Davenport, IA).

If Christian Nationalism succeeds (I don't believe it will succeed nor do I hope it will), then American Christians will be robbed of something many American evangelicals do everything they can to … END_OF_DOCUMENT_TOKEN_TO_BE_REPLACED