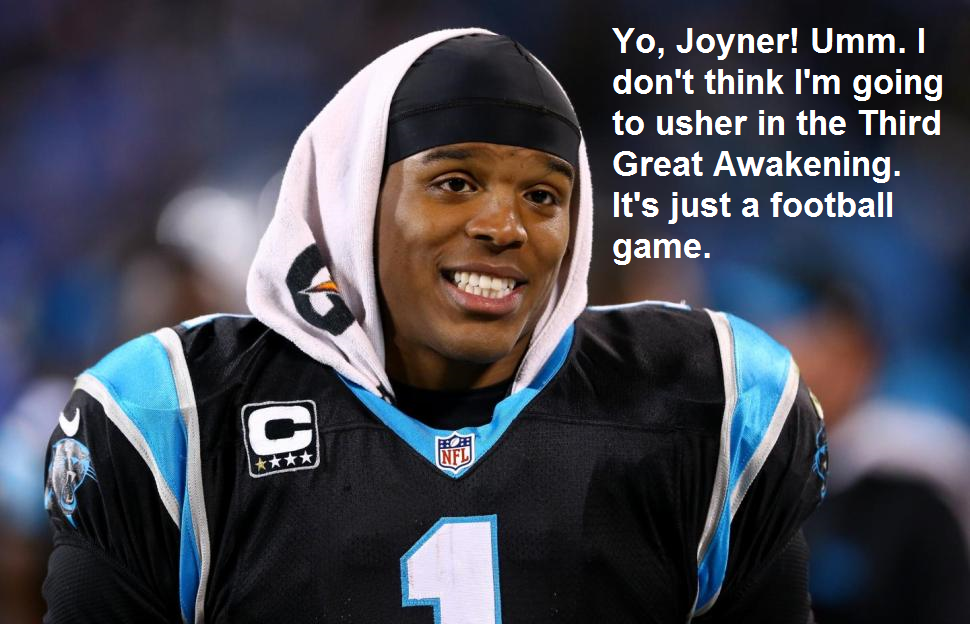 Today, Dr. James White of Alpha and Omega Ministries, posted a link to a video on his Twitter feed, with this comment: “You’ve got to be kidding . . . talk about absurd. The video, which you can watch for yourself below, is a video of Rick Joyner declaring that if the Carolina Panthers win the Super Bowl, the event will unleash a “third Great Awakening.”

Rick Joyner was one of the false prophets who commissioned charlatan Todd Bentley as an apostle.

Rick Joyner would soon find himself working to “restore” Todd Bentley to ministry after it became public that Bentley was a drunkard and an adulterer. He left his wife to marry his mistress. Joyner would restore Bentley, all right–restore him to go prey upon the people of the Middle East.

Just five months ago, Rick Joyner’s ministry’s YouTube page posted a clip of Bentley boasting of raising three people from the dead in Pakistan. Bentley is selling the same snake oil in the Middle East he sold in Lakeland, Florida, and throughout the United States.

With the above information provided to give some context to what you’re about to watch, here is the latest NAR offering of what is aptly described as “charismatic chaos.”

Today I was blessed with the opportunity of preaching the chapel message at Unity Christian School, in Fulton, IL. The invitation came through the school's choir director, Paul Hopkins. My … END_OF_DOCUMENT_TOKEN_TO_BE_REPLACED