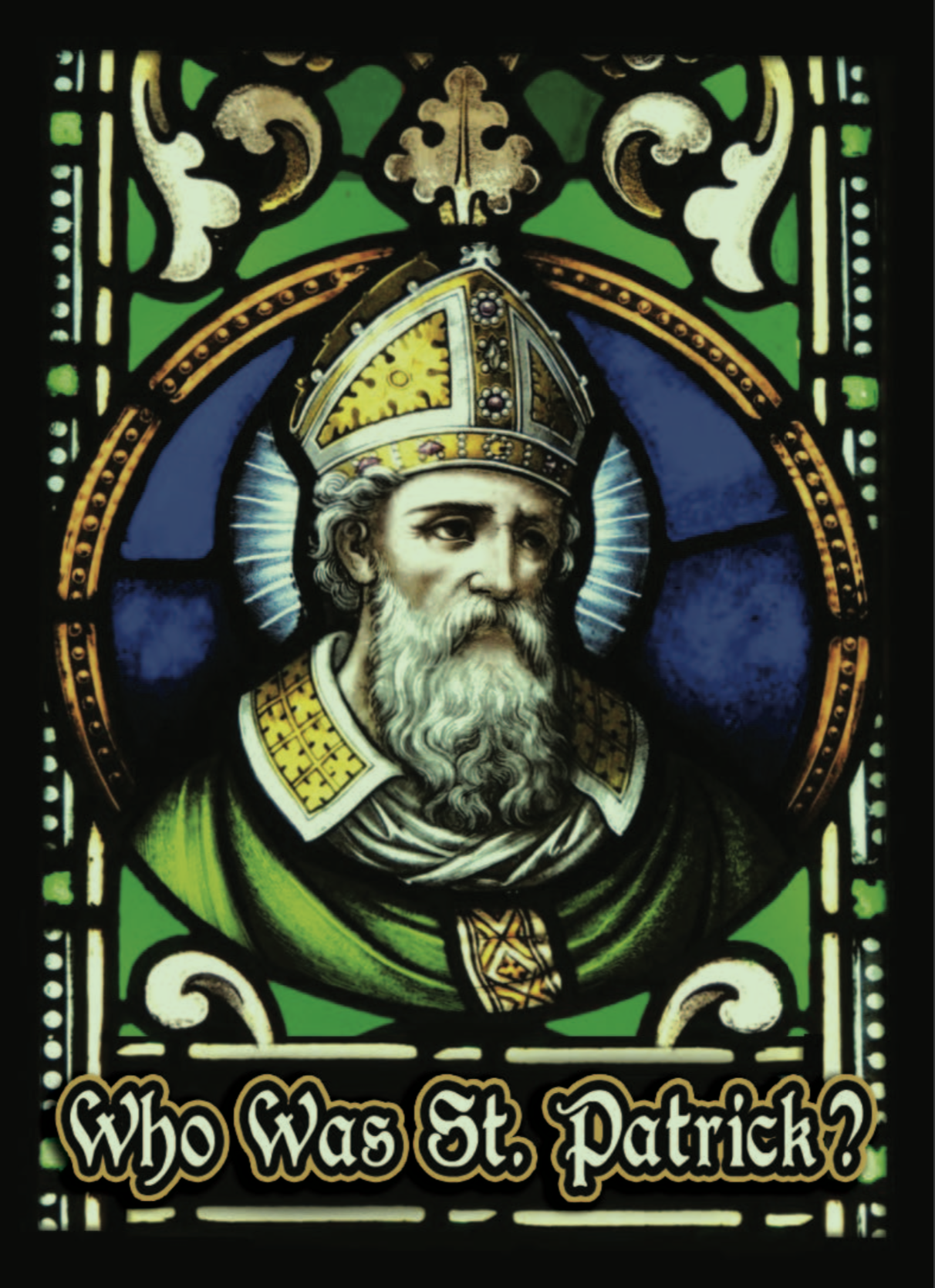 The above image is the front side of a new gospel tract I wrote this morning. The title: “What Was St. Patrick?”

The man known as St. Patrick was born in 385, in today’s Dumbarton, Scotland. He wasn’t Irish. At 16, Patrick was captured by pirates and sold into slavery, in Ireland. During his six-year captivity, Patrick came to faith in Jesus Christ. He escaped his captors and made it home to Scotland. Patrick returned to Ireland 25 years later, this time as a Christian missionary. Patrick, who was never canonized as a saint by the Roman Catholic Church, committed his life to spreading the gospel throughout Ireland. Patrick wrote a song that includes these words: “I bind unto myself the Name, the strong Name of the Trinity; by invocation of the same. The Three in One, and One in Three, of Whom all nature has creation, Eternal Father, Spirit, Word: Praise to the Lord of my salvation; salvation is of Christ the Lord.” Like Patrick, you know God exists. He has written both the reality of His existence and His law on your heart. You know it is wrong to lie, steal, take God’s name in vain, or hate another human being because you were created in the image of God—the God who is not a liar, thief, blasphemer, or murderer-at-heart. Because God is good, He must punish sin. The punishment He has determined for sin is eternity in Hell. God has provided only one way for you to escape His wrath and receive His forgiveness. Your only hope is for Jesus, the God-Man, to save you from the wrath of God. God the Father sent His Son, Jesus Christ, to earth—truly God and truly man, yet without sin. He voluntarily shed his innocent blood and died on the cross, taking upon Himself the punishment sinners who would believe in Him rightly deserve for their sins against God. Three days later, He defeated sin and death when He rose from the grave. Repent and believe the gospel while God has given you time.

You can order this new gospel tract, HERE.

Today I was blessed with the opportunity of preaching the chapel message at Unity Christian School, in Fulton, IL. The invitation came through the school's choir director, Paul Hopkins. My … END_OF_DOCUMENT_TOKEN_TO_BE_REPLACED