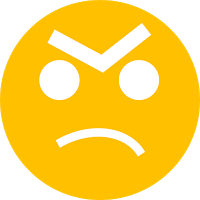 Since the publication of my book, Should She Preach? – Biblical Evangelism for Women, I have received questions from several sisters in Christ regarding to what extent can Christian women write, teach, and or share the gospel online (i.e. blogs, journals, Facebook, Twitter, Google+, etc.). It’s a legitimate question. Some Christian women have asked the question in a sincere and thoughtful way, while others have asked the question with venom in their words, ready for a fight.

The reality is that many Christians, both men and women (this blogger included), can behave as badly as unbelievers when it comes to online correspondence. That’s why I have pulled myself away from direct interaction on the various social media sites. Ending a written jab, snarky comment, uncharitable remark, or tit-for-tat reply with a series of positive emoticons doesn’t cover the fact that out of the abundance of the heart the mouth speaks (Matthew 12:34). Many Christians say things to people online that they would never say to the other person’s face–things they would never say if Jesus were standing next to them. Again, there have been times when I have been every bit as guilty as the next person.

As a result of my book, I’ve found myself on the receiving end of some very nasty comments by Christian women on blogs, Facebook, Twitter, and via email. In each instance, the professing Christian woman acts and talks as if she were asking me to “step outside.” In each instance, the woman acted and talked like an angry man–asserting authority she does not have, boisterously making demands and proclamations and, with no sense of biblical propriety and in mixed online company, throwing her weight around as a teacher–weight the Lord has not given her. And just so there is not mistake; just so there is no ambiguity seen in my position; I believe such behavior among Christian women is masculine, unbiblical, sinful, and embarrassing. Such behavior is untoward, unattractive, unflattering, and ungodly. Such behavior violates God’s created order and design for women, violates a woman’s role in the Body of Christ, and flies in the face of the gentle and quiet spirit God has intended for all women–certainly His redeemed, born-again, adopted daughters.

Today, I was refreshed and encouraged to receive an email, via [email protected], from a college student who ascribes to what the Bible teaches regarding the limitations placed upon women in the areas of preaching/teaching and exercising authority over men. Her questions and concerns were sincere, thoughtful, and with an eye on obedience to God and His Word.

Hoping my correspondence with the young lady will encourage others, especially Christian women who are actively engaged in spiritual, Bible-based conversations online, I would like to share the correspondence with you, here. The young college student wrote:

Hi there, I know you’re probably busy, but I was hoping you’d have some time to answer a question of mine (no rush though).

I am a female Christian, and I believe, based on scripture, that women should not preach or teach.

My question concerns an online account I have on a website for artists. Every user on that site has a ‘journal’ feature which works in pretty much the same way blogs do. They can be read by anyone, and anyone can comment on them. The journal postings are present on my profile page as well as in the journal archives for the entire site.

I often put up journal postings concerning God’s word and Christian issues, including (but not limited to) the Roman road to salvation, why homosexuality is a sin according to the Bible, why the universe requires a Creator, and so on.

A few times, men have commented on the journals (usually atheists) and I have gotten into long debates with them on the subjects. I don’t seek out these conversations, they simply post on the journal and I reply.

My question is, do these journal postings and/or subsequent one-on-one conversations qualify as teaching/preaching? If so, should I delete my previous journals, or should I simply stop making them? Finally, if this is preaching/teaching, do you know of any other ways I can evangelize online while staying in the will of God?

Thanks you for any insight you may have.

And here is my reply:

Thank you for contacting me. I hope your studies are going well.

You ask a very good question. And I’m very glad to hear you hold to a biblical understanding of a woman’s role in the Body of Christ regarding teaching and the exercise of authority over men.

I do not believe that writing a public journal, in which you express your Christian beliefs and your theological thoughts about the same rises to the level of teaching and/or exercising authority over men.

Now, with that said, writing about the truths of Scripture certainly is teaching Scripture. There’s no way around that. When we communicate biblical truth, we are teaching biblical truth. However, the onus for the teaching, in the case of written material, is upon the recipient and not the writer. What I mean by that is it is the responsibility of men to avoid sitting under your teaching. It is the responsibility of Christian men not to put themselves under the authority of your teaching.

If, in your writings, you are specifically calling out men, correcting men, telling men what to do, then I would say a case could be made that you are trying to exercise unbiblical authority over men through your writing/teaching. Short of that, an online journal or blog, just as is the case with a book, is simply a writer’s vehicle for expressing themselves in print.

So, to sum up, I don’t see any biblical issues with you maintaining a public journal/blog, even if your writings contain theological studies or address unbiblical worldviews.

Now, regarding your interaction with men, particularly atheists (the Bible says there are no atheists), in the comments section of your journal:

While it is not unbiblical for you to engage men in evangelistic conversations, you will have to decide if, in doing so, you are sacrificing any of your femininity in the process. In other words, you will have to determine if you are sounding like a man in your correspondence. One of the three reasons women should not open-air preach, teach men, or exercise authority over men, which I explain in my book, is that a woman cannot help but to sound and act like a man in the process, thus sacrificing some of her beautiful, God-given femininity.

I recommend not engaging unbelieving hecklers in your journal’s comments section. First, they cannot understand what you are saying on a spiritual level. They are dead in their sin (Ephesians 2:1-3) and spiritually blind (1 Corinthians 2:14). Second, Christians should never play God’s defense attorney by trying to prove to some that God exists, when the person already knows that (Romans 1:18-23). I write more about his, here. Third, most self-professed atheists who troll Christian blogs, journals, and chat rooms are not looking for truth. They are merely looking to justify their unbelief at the Christian’s expense.

Atheist trolls live for the attention. If you want them to stop bugging you, then simply delete their comments. They will soon leave you alone and will go troll elsewhere.

I hope this has been helpful to you. If you have any more questions, please don’t hesitate to ask.

The young lady wrote me again to thank me for my response and to say it was helpful to her.

In addition to what I wrote in response to the college student’s email, I would like to add this. It might be wise for Christian women bloggers to give some written indication on their blog that their primary audience, if their blog is directed toward the Christian community, is Christian women. This might help fend off unwanted, unbelieving men from posting comments, and it might help in rightly discouraging Christian men from placing themselves under the teaching of a Christian woman.

In this episode of Street Fishing Podcast, you will meet Michael. Kris Lapata was out street fishing in downtown Pensacola, FL, when he came across Michael. He is a former (15 yrs) firefighter who … END_OF_DOCUMENT_TOKEN_TO_BE_REPLACED