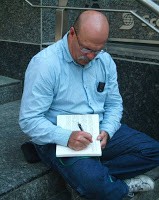 “I know after my departure fierce wolves will come in among you, not sparing the flock” (Acts 20:29).

Heavenly Father: it is not the rise of Islam; it is not other anti-Christ religions like Roman Catholicism, Mormonism, the Watchtower Society, apostate liberal denominations, or Atheism. None of these Christ-less, outside influences pose the greatest, present danger to Your Bride, the Church. The greatest threat to Your Body comes from within the visible Church. And that threat is in the form of fierce, ravenous wolves. Some are obvious. Some disguise themselves as shepherds and sheep. Some may be saved, but so deceived, so spiritually immature and inept, they ignorantly act like a wolf–all the while convincing Christians that wolves don’t bite.

The second greatest danger to Your Bride are Christians who have bought what many of the wolves are selling–namely: emotionalism over doctrine; feelings over truth; relevance over repentance; experiential subjectivity over biblical objectivity; safety in and acceptance by the world over self-denial and faithful cross-bearing; eisegesis over exegesis; Christianese over communication; CEO’s over shepherds; coaches over elders; egalitarianism over complementarianism; effeminacy over masculinity; feminism over femininity; gifts over the Giver of Life. This is no more true than in the confines of American Evangelicalism–a quasi-Christian, man-made system in which pockets of Your remnant survive and thrive.

Lord, my heart breaks for Your people and false converts who find themselves in false churches unbiblically ruled by tyrannical narcissists–unfaithful personalities who believe their own hype and demand their people do the same. My heart breaks for those who find themselves in false churches where false signs and wonders and demonic spirits are worshiped, or where abortion and homosexuality are encouraged and are touted as virtues instead of calling people to repent of these sins against one’s own body and the body of another.

Father, my heart breaks for Your people and false converts who find themselves in false churches where carnal, worldly, and blasphemous concerts, bad community theater, and Vaudevillian sideshows have replaced reverent, Christ-honoring worship–where strange fires of various hues and intensity singe the fleshy hearts of the faithful and temper the steely hearts of the faithless and hell-bound.

Lord God, I am very angry with these ravenous wolves–men and women who find themselves on the world’s stages and those with delusions of selfish grandeur who will never be known outside their small remote villages. But my prayer is not for their destruction, although I ask that You stop them from deceiving even one more person. Rather, my prayer is that You would discipline those who belong to You and cause the rest, who are nothing more than tools of Satan and who are discipling people to be twice the children of hell that they are, to be born again. I ask, Father, that You cause even the most vicious wolves to be born again, extending to them–through Your goodness, grace, and mercy–the good gifts of genuine repentance and faith in Your Son, my Lord and Savior, Jesus Christ.

O Lord, the names of so many wolves come to mind. And I had determined, for the protection and edification of Your saints, to name them when I published this prayer. But I thank You, Holy Spirit. I believe, through bringing Scripture to mind and pricking my conscience–reminding me of how proud and prone to conflict I can be–You have helped me to see a published prayer is not the place to name names.

Lord God Almighty, I ask You to discipline those among the men and women who come to mind–those who are saved but who have ignorantly or arrogantly joined the ranks of the pragmatists, the spiritualists, the “bad boys,” the women acting like men, and the entrepreneurs who ascend into pulpits on Sunday mornings. Bring them to repentance. Remove them from leadership. Remove them from influence. Remove them from the public eye until such time they are fit for Your service in a manner prescribed by Your Word and according to Your will. And I ask for those among the men and women who come to mind who are lost that You save them from You and Your wrath. Save them so they will not face You as their Judge. Lord God, please discipline or save every fierce wolf, and then use them for Your glory to truly build Your Church.

Father, please allow Your Bride to be more faithful and less gullible, more objective and less subjective, more rational and less emotional, more discerning and less compromising, wiser not slicker, more evangelical and less ecumenical, more evangelistic and less stylistic, more like You and less like the world.

I met Bentley and his grandfather Steve while fishing at Pride Lake, in Scott County Park. This is the story of God's gracious providence. A three-Fold Purpose For me, there is a three-fold purpose … END_OF_DOCUMENT_TOKEN_TO_BE_REPLACED