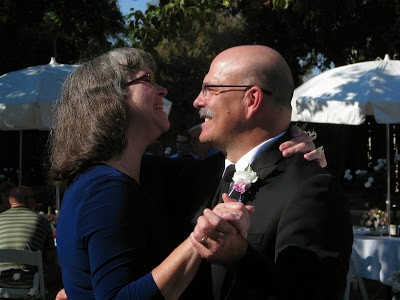 It was September 1982. It was the first day of college. I was attending a local community college, which was walking distance from my home. My first class of my first day was choir.

My high school sports career came to an abrupt end during my sophomore year. The rest of the guys in school didn’t get the memo that they were supposed to stop growing their freshman year. Having once been one of the biggest kids in the class, I was now far back in the pack. There wasn’t much of a call on the varsity team for a 5’8″, 170-pound defensive lineman, or starting pitcher.

One day, the choir director of the high school “dared” some of the jocks to try their hand at singing. A few of my buddies and I (also washed up athletes) decided to join the choir, as a joke. Next thing I knew I was in the show choir singing solos. Anyways…..

As I sat in the college choir room, on the bottom row with the rest of the bass/baritone singers, I heard this powerful yet angelic voice coming from the soprano section, directly behind and above me. After a short time, I couldn’t take it any longer. I turned around to see from which young lady the voice came. A tall, redhead sat in the back row. I assumed it came from her.

So, as was my custom at the time, I flirted with the redhead after class. But I couldn’t seem to get any time alone with her. She had a friend, another girl in the choir, who tagged along everywhere we went on campus.

Sometime later, during choir practice, I was once again captivated by that beautiful voice. When I turned around to give her a smile, I was shocked to discover the redhead wasn’t there. That voice was coming from her friend–the tag-along! I had been wrong the whole time. I sought to quickly amend my ways by now spending time with the real girl with the voice.

Whenever I share the story of how I met Mahria, I always end with these words: I fell in love with Mahria’s voice, before I ever saw her beautiful face. It was an unforgettable moment. 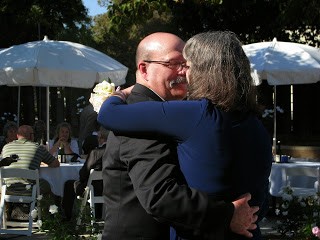 Mahria and I were married on July 6, 1985, after almost three years of dating off-and-on and an 18-month engagement. I remember gasping for air when I saw Mahria walking down the aisle. She was so very beautiful. Her shimmering eyes and a smile that could light a room turned my knees to Jell-O. It was an unforgettable moment.

For almost 30 years of marriage, Mahria has filled my life with unforgettable moment after unforgettable moment. She’s also been a mom for 27 years (so far), a cop’s wife for 20 years, a homeschool mom for 15 years, a chaplain’s wife for 8 years, a church planter’s and seminarian’s wife for two years, and a missionary’s wife for six years. She also stood by my side through 4 1/2 adventurous years as I served alongside evangelist Ray Comfort and the Living Waters team, as well as our current season of ministry: Cross Encounters Ministries.

Together, Mahria and I have experienced the highest of heights–spiritually, relationally, and familially. But, they have not always been the best of times.

Mahria has endured much. She has endured very serious health issues with one of our daughters. She has endured long nights of uncertainty as the wife of a deputy sheriff–including one very long night in the aftermath of a shooting in which I was involved, as she sat alone in a hospital with one of our girls. She has endured the dramatic transition from a life of relative financial security (law enforcement) to a life of relative financial uncertainty (full-time ministry). She’s endured this kind of transition, not once, but twice–the second time being when I transitioned from a salaried position at Living Waters, back to the day-to-day existence of trusting God and the generosity of His people, for financial support. 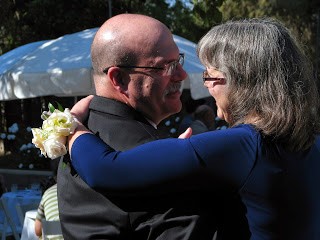 Yes, my bride of almost 30 years has endured much. On top of everything mentioned above, Mahria endured a yearlong period of watching her “strong” husband traverse the storm-tossed, uncertain waters of deep depression, not unlike that of men such as Spurgeon, Chambers, and others. Suffice to say, these better men endured better than I did. So dark were the days and so black were the nights that the only prayer I could utter was this: “Lord, I will not deny you!”

During this time, Mahria swayed; she bent; she bowed. But she never broke. She spent much time on her knees and on her face, before her Lord. It was an unforgettable time.

The reception was winding down. The caterers were packing up the food. The guests were beginning to leave.

Mahria came running into the room where the caterers were at work. Finding me, she shouted, “Come on!” Her face was beaming. Her smile was so wide and so bright. She held out her hand. When I took it, she quickly guided me out of the room, onto the church patio, to an open area of concrete–the place where an hour or two earlier I had danced with Marissa, to Cinderella Song, by Steven Curtis Chapman.

The song being played as Mahria and I reached that little piece of real estate was Unforgettable, by Nat King Cole.

I took my bride in my arms. We danced as if we were the only two people on the planet. We held each other close. We spoke sweetly to each other. Neither of us could stop smiling. Neither of us wanted the song to end. It was an unforgettable moment.

Second only to the free gift of salvation I have received by the grace of God alone, through faith alone, in Jesus Christ alone, Mahria is the greatest gift I have ever received.

Mahria: my wife and my very best friend; she is unforgettable.

Thank you so very much, Mahria, for loving a flawed, undeserving, and unworthy man like me. You are unforgettable, darling.

Today I was blessed with the opportunity of preaching the chapel message at Unity Christian School, in Fulton, IL. The invitation came through the school's choir director, Paul Hopkins. My … END_OF_DOCUMENT_TOKEN_TO_BE_REPLACED